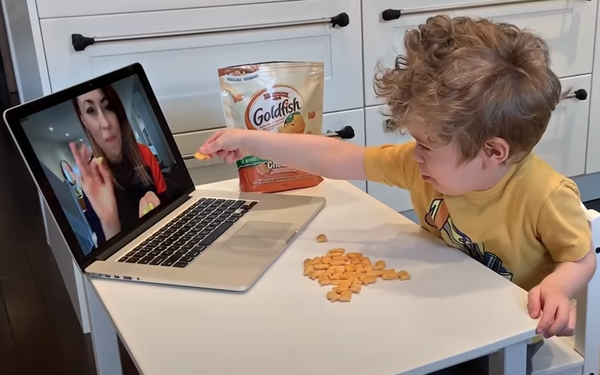 A critical part of Campbell Soup Co.’s recent pivot from fresh foods to its core soups, meals and snack offerings was reintroducing its brands to former and new users.

COVID-19 has given that strategy a big boost—along with Campbell turning up the heat on marketing while other CPG companies hit the pause button.

This is evident in Campbell’s financial results for its third quarter, ended April 26.

“We have attracted new consumers to our brands during the COVID-19 demand surge, giving us access to millions of buyers who had not purchased our brands in the prior 52 weeks,” president and CEO Mark Clouse said this morning.

“As you might imagine, many of the households are younger and represent significant incremental growth for our brands. We are now mobilizing behind retaining these new consumers as we look ahead.”

Advertising and promotion expenses increased 19% over the year-ago quarter—primarily for soups and snacks.

Organic net sales of U.S. broth, condensed and ready-to-serve soups climbed 35%, concurrent with a 57% boost in advertising and trade spending.

“Our creative teams demonstrated agility with new digital and TV campaigns, including our Crowded Table anthem advertising that celebrated the role our brands play in comforting people together during this period of separation,” said Clouse.

“This ad has resonated very well with consumers and in particular has accelerated the rejuvenation of the Campbell’s brand,” he noted. “We will continue to invest in the fourth quarter as we work to retain these new households.”

The company’s soup brands increased their household penetration by nearly 10 percentage points in the quarter.

On the meals side, consumption of Prego pasta sauce was up more than 50%, marking a full year in which the brand held the #1 share of Italian sauces.

The Campbell snack brands—supported by an 11% increase in marketing—gained 5.4 percentage points of household penetration, “and we intend to double down on our marketing investment in the fourth quarter to retain these new consumers,” said Clouse.

Under pressure from shareholders two years ago, Campbell’s decided to exit the refrigerated and fresh foods categories by shedding brands like Bolthouse Farms and Garden Fresh Gourmet to refocus on its core CPG brands.