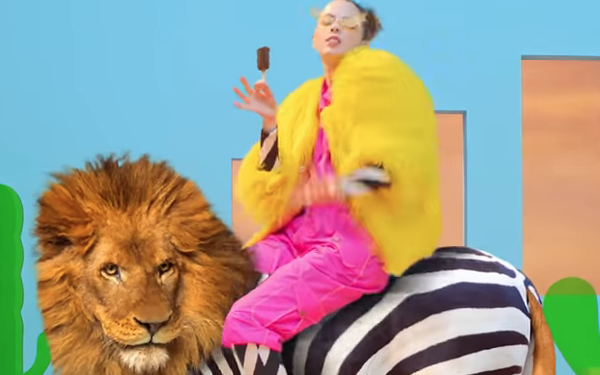 Think of it as product mashups for consumers who like to mash things up.

That translates to “Not One Thing” for frozen confectionary Bomb Pop Middles.

Bomb Pop Middles are a frozen dessert made up of unlikely ingredients and textures, featuring such flavors as caramel, chocolate crème sandwich, s’mores and strawberry raspberry taffy.

Research by Deloitte Digital’s Heat agency determined that the sweet treats have lots in common with tech-savvy tweens—middle-school-age youths in the life stage between childhood and teenager.

“They’re really fluid with their gender, their interests and all the things they’re into. So they don’t have to choose just one thing.”

The concept is brought to life in videos depicting a girl atop a lion that’s wearing zebra-like garb.

Instead of targeting parents, Heat decided to go where tweens tend to be and give them content they can manipulate to their liking.

“They’re all over TikTok and Soundcloud, Twitch and Snapchat,” says Cox. “Anywhere they can get their hands on creating their own content or taking content originally posted by one person and mixing it up and turning it into something new.”

The campaign includes a partnership with Twitch involving gaming influencers and one with Soundcloud, the online audio distribution platform and music-sharing website.

“We partnered with Soundcloud to create an audio kit as a base layer and then letting users take the kit and switch it around, mash it up and create their own tracks. Users can vote on their favorite tracks.”

Although the “Not One Thing” concept was conceived before the onset of COVID-19, Cox believes it fits with the times.

“Being able to have that moment of a taste of summer, or feeling like you have that little moment of escape and satisfaction, is necessary now more than ever."