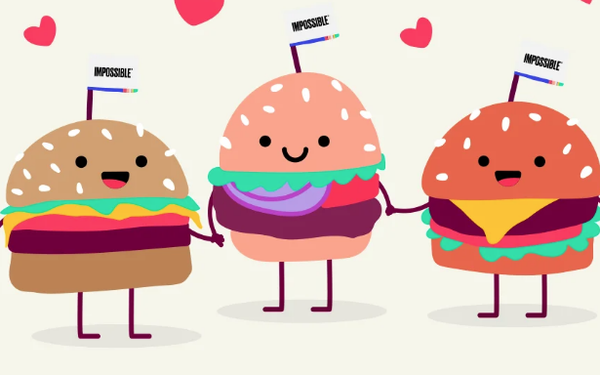 With little fanfare, Impossible Foods has launched a direct-to-consumer site where people can purchase its plant-based Impossible Burger in the lower 48 states with free, two-day shipping.

“Shelter-in-place and social distancing restrictions due to COVID-19 altered our buying and eating habits and many of these changes are permanent,” Impossible Foods president Dennis Woodside said in a release. “Our intention is to make Impossible Burger available everywhere people shop and eat, including directly from our online store.”

The D2C channel offers “family size” quantities of Impossible Burger, the lowest price point of which is four 12-ounce packages for $49.99—about $16.70 per pound.

A week ago, Impossible Foods suggested the D2C move was coming in an Instagram post showing a burger and a cardboard box with the word “soon” above an arrow pointing to a door.

The company won’t be using a standard advertising push for the ecommerce site.

One of the challenges Impossible Foods faces—along with other marketers that offer just one type of product online—is that many consumers prefer to buy such products along with other items in-store.

“There would have to be a reason for them to [buy online]. Given the high price point to begin with, if there is a price advantage for example, then that could incite people to try it,” says Diana Smith, associate director, retail and apparel at market research firm Mintel.

“We also know that freshness concerns are the top barrier for online grocery shopping, so the need for refrigeration could deter some consumers from wanting to buy this product online,” she adds.

In a similar vein, competitor Beyond Meat said in passing during a May investor conference call that it would be launching a D2C initiative shortly as it seeks to expand larger offerings to club stores.

According to Nielsen, in-store sales of fresh meat alternatives rose 170.8% for the one-week period ended May 30 versus the prior year, with the average unit price having risen 20.3%.

Sales of fully cooked meat alternatives were up 27.5%, while the average unit price increased 7.8%.

Since its retail launch in September of 2019, Impossible Burger has gained distribution at more than 3,000 U.S. grocery stores. Later this month it will be available at an additional 274 Acme and Safeway stores on the East Coast.