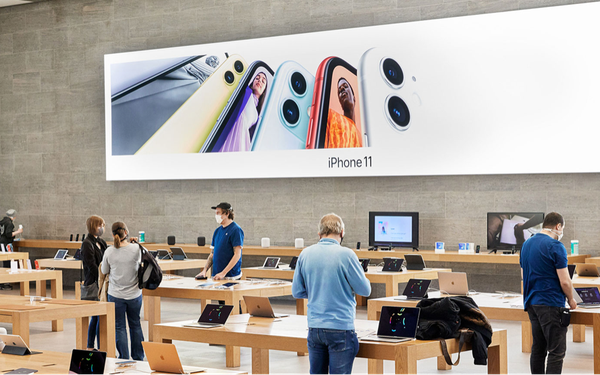 As consumers tentatively return to stores, retailers are scrambling to find the right formula to win them over. A new report from Deloitte details how those willing to shake up the old orthodoxies, protect consumers and build trust have a better chance at finding their way through the murky remainder of 2020.

Bryan Furman, a manager at Deloitte Consulting who specializes in retail, tells Marketing Daily what matters most.

Marketing Daily: Before COVID-19, the world’s most successful retailers had been wowing customers with elaborate store environments that combined digital with physical experiences, like Apple and Nike. Right now, spending an hour fondling iPhones or testing shoes on an in-store basketball court sounds like hell to me.

Bryan Furman: Retailers that have doubled down in that experiential space are going to have to figure out how to take some of those digital advances and shift that to home, whether that means digital learning sessions and teaching environments or engagement with celebrities.

Retailers are going to have to look at enabling their associates -- maybe even from home -- in ways that they've not done before.

MD: Your report mentions the importance of trust. What does that mean?

Furman: Yes, it keeps coming up, as we’ve seen how hesitant people are to go back into stores. That means creating physical trust about the safety in stores, of course. But with the tremendous growth of ecommerce, there’s also more to this idea of creating digital trust around privacy.

Furman: Ecommerce has grown so much in the last few months. As we continue to shift toward digital, we all enjoy the things that make the experience easier, like ordering faster and saving [our] previous purchase history.

But that means holding onto more personal information, which is an exposure risk. Consumers are going to be concerned about that.

MD: Customers don’t just mistrust retailers. Some surveys indicate they’re actually more worried about other shoppers, and retailers not being able to control the store environment.

Furman: It's an interesting problem. Retailers can control a lot about their physical locations, but they can't control what every consumer does.

With 50 different states and many localities making the regulations, it’s confusing. That’s why they are leaning so heavily into fulfillment options.

Retailers can’t control everything other people do in stores. But they can make me feel safe in my car when I pick something up at curbside. Those fulfillment options also make relationships with third-party delivery companies so important.

MD: Many stores have closed permanently. Besides the bankruptcy-related closures, such as JC Penney, some chains have announced they are “rightsizing.” Inditex, for example, just said it would shutter up to 1,200 Zara stores, or about 16% of its total. Any idea how many more we’ll see?

Furman: No. It’s so difficult to prognosticate. The retail environment is structurally changing quickly. Normally, closures in one area mean openings in another, but these last few months and the shift to ecommerce has changed all those predictive models.

MD: For many years, stores have invested heavily in loyalty programs. Do you see that changing?

Furman: Yes. In the last ten years, retailers have tried to build up their relationship with consumers -- and in the last two months, a lot of that has broken apart. Recreating that is going to take more than transactional loyalty: “Buy from me, build up points.”

There's going to have to be some sort of emotional, relationship-based loyalty: access to events, digital events, access to earlier special collections.