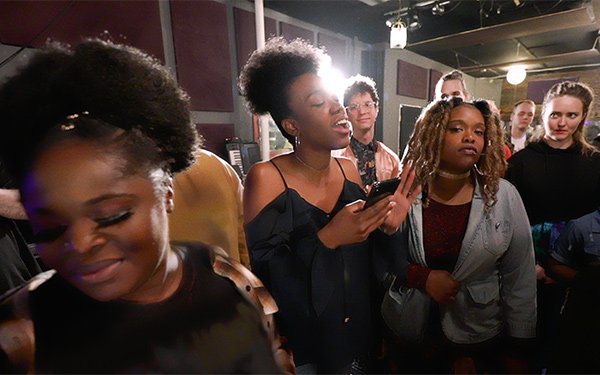 Yahoo, in collaboration with agency Elephant, is releasing a music video performed by Grammy-nominated Tank and The Bangas of the classic song “What the World Needs Now” to serve as a positive message during this moment in history roiled by social unrest and the pandemic.

It's not an ad. It’s not branded Yahoo. There’s no tagline. It’s simply a piece of content that Tank, Elephant and Yahoo wanted to get out into the world.

“This is bigger than a brand,” says Pablo Marques, executive creative director, Elephant. “It’s a sentiment we believe in and we all felt it necessary to put out into the world.”

This piece of content follows a unique journey that first began when the IPG-owned shop was awarded creative AOR for Yahoo last year and charged with repositioning the brand. This led to the development of a new creative platform — and subsequent global brand campaign — to position Yahoo as the amplifier of what people love.

The idea behind the campaign is “to help people dig deeper into their passions.” Under this framework, Elephant tapped Tank and The Bangas to record an interpretation of the song, “What the World Needs Now” to serve as the music track for future TV spots.

On the way to the recording in January, agency team members decided to stop in Tank’s hometown of New Orleans to record the track and shoot some unscripted moments. The band invited friends and family to participate, which transformed into a massive gathering with many New Orleans musicians stopping by to sing along and be part of the moment.

"We shot this as behind the scenes footage, not really intending to do anything with it,” says Greg Assemat Tessandier, President, Elephant. “Time went by but we couldn't stop thinking about the experience. During COVID-19 lockdown we decided to turn it into a music video, but the licensing and approvals took longer than expected. So, the timing is coincidental to what's happening in our world, but it's also eerily prescient."

Tank and Yahoo will be releasing the video across their social channels. In addition, the song will be released in the coming weeks via Verve Forecast. Watch it here.