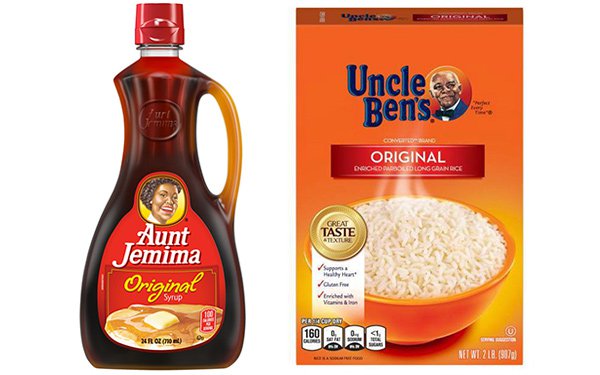 Aunt Jemima, a long-time brand of The Quaker Oats Company, a subsidiary of PepsiCo, Inc., announced today it will remove the image of Aunt Jemima from its packaging and change the name of the brand.

Just hours later, Mars’ brand Uncle Ben’s rice also announced it is planning to change the rice maker's "brand identity.” In a statement on its website, Mars wrote that "now is the right time to evolve the Uncle Ben's brand, including its visual brand identity, which we will do. We don't yet know what the exact changes and timing will be, but we are evaluating all possibilities.”

Conagra Brands issued a statement that it has begun a complete brand and packaging review on Mrs. Butterworth's. "The Mrs. Butterworth’s brand, including its syrup packaging, is intended to evoke the images of a loving grandmother,” it stated. “We stand in solidarity with our black and brown communities and we can see that our packaging may be interpreted in a way that is wholly inconsistent with our values.”

B&G Foods, the owner of Cream of Wheat, which has used a picture of Frank L. White, a black Chicago chef, on its box since the early 20th century, issued a statement at 8:50 p.m. Wednesday regarding its logo. The company is “initiating an immediate review” of its packaging. “We understand there are concerns regarding the chef image, and we are committed to evaluating our packaging and will proactively take steps to ensure that we and our brands do not inadvertently contribute to systemic racism. B&G Foods unequivocally stands against prejudice and injustice of any kind.”

Packaging without the Aunt Jemima image will begin to appear throughout the fourth quarter. The name change will be announced at a later date and will quickly follow the first phase of packaging changes, according to the company.

"As we work to make progress toward racial equality through several initiatives, we also must take a hard look at our portfolio of brands and ensure they reflect our values and meet our consumers' expectations," said Kristin Kroepfl, vice president and chief marketing officer, Quaker Foods North America, in a release. "We recognize Aunt Jemima's origins are based on a racial stereotype. While work has been done over the years to update the brand in a manner intended to be appropriate and respectful, we realize those changes are not enough.”

The imagery was “designed to evoke the nostalgia of black servitude,” says Desiree Cooper, a Pulitzer nominee and author of “Know The Mother,” which explores issues of gender and race.

“It's too little, too late — they already updated her once, as if giving her a more modern look didn't reinforce the idea that, even in modern days, she's still here to serve you,” Cooper tells Marketing Daily. “It will be interesting to see who follows suit. It's way past time for the Washington football team to get rid of their ridiculous name. We are only now understanding how much racism is synonymous with America. It's the water we swim in.”

The Aunt Jemima brand, which has existed for more than 130 years, evolved over time “with the goal of representing loving moms from diverse backgrounds who want the best for their families,” according to the company.

"We acknowledge the brand has not progressed enough to appropriately reflect the confidence, warmth and dignity that we would like it to stand for today," said Kroepfl. "We are starting by removing the image and changing the name. We will continue the conversation by gathering diverse perspectives from both our organization and the black community to further evolve the brand and make it one everyone can be proud to have in their pantry.”

The Aunt Jemima brand also announced it will donate a minimum of $5 million over the next five years “to create meaningful, ongoing support and engagement in the black community.”

As protests against racial injustice continue, it’s important for brands to understand how consumers feel about their responses, according to a report from consumer research group Engine Insights.

On the lower end of the survey results, 45% feel positive about brands promoting a social media campaign in partnership with Black Lives Matter, while 47% show positive sentiment toward companies making donations to Black Lives Matter.

About 1,000 adults selected from opt-in panels were surveyed on June 3-4 and June 10-11. The results are also weighted to U.S. Census data to be demographically representative.