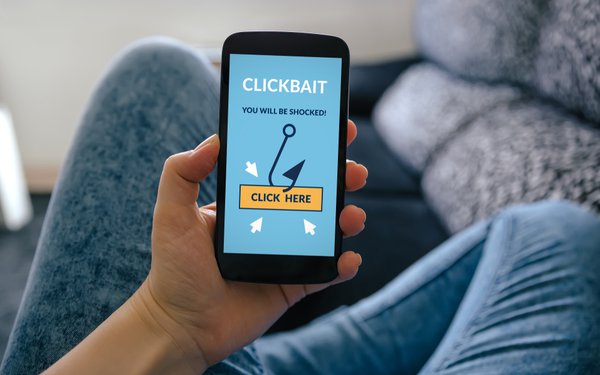 Google in July will introduce a Clickbait Ads policy as part of its Misrepresentation guidelines for advertisers.

Beginning next month, Google will not allow advertisements with sensationalist or clickbait text or images that are intended to drive traffic to the ad by prompting the viewer to take immediate action to understand the full context of the ad.

In a post, Google explains these are “ads that claim to reveal secrets, scandals or other sensationalist information about the product or service being advertised.”

The change also applies to ads that use messaging such as “Click here to find out” or similar phrases that encourage users to click on the ad to understand the full context.

Changes in society have prompted Google to disallow ads with images of altered or zoomed-in body parts, mugshots or images with real-life accidents or those with real disasters. Ads that use before and after images to promote significant alterations to the human body also will not be allowed.

The policy also states that it will not allow ads portraying “negative life events such as death, accidents, illness, arrests or bankruptcy to induce fear, guilt or other strong negative emotions to pressure the viewer to take immediate action.”

For instance, Google will disallow ads that encourage consumers to purchase, subscribe to or stop consuming a product or service in order to avoid harm, as well as ads using depictions of severe distress, pain, fear or shock to promote a product or service.

Changes in June were applied to a variety of policies. This month, Google began taking action against advertisers that violate the Google Ads policies, and pausing accounts, which means the advertiser cannot run ads if they fail to complete an identity verification form when notified.