Count Me Out: New Serial-Killer Doc Is One Too Many 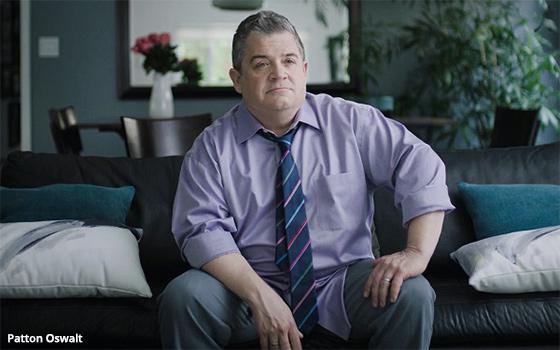 All are invited to sample the premiere episode of “I’ll Be Gone in the Dark,” a six-part documentary series about a serial killer, this coming Sunday night on HBO.

By all means, be my guest. However, I pass.

This decision is no reflection on this TV show in particular. As documentaries about serial killers go, this one just might be Jim-dandy.

I will likely never know if it is or it isn’t because, at the moment, I feel I need to watch another TV show about murder, or in this case, murders plural, like I need a hole in my head.

I will even go so far as to describe this show and its premise, based on press material provided by HBO. And I will provide the schedule information down at the end of this blog like we do on all the TV Blogs here that are reviews (even if this is not one).

This docuseries tells the story of one woman’s quest to keep a cold case alive. Her name was Michelle McNamara, and her doggedness is credited with finally unearthing and helping to bring to justice a man named Joseph James DeAngelo, aka the Golden State Killer.

The man was allegedly responsible for at least 12 murders and at least 50 home-invasion rapes committed in the 1970s and ’80s. But he eluded detection until he was finally arrested in 2018 at the age of 72.

McNamara, described in the press materials as a journalist and “citizen detective,” did not live to see the arrest. She died suddenly in 2016 at the age of 46.

She had written a book about her search for the Golden State Killer (a nickname she created) called “I’ll Be Gone in the Dark,” which was published posthumously. It has now been adapted for this series.

She was the wife of comedian and actor Patton Oswalt, which is why he is seen in the picture above from the documentary. He is also one of the docuseries’ executive producers.

For all I know, this serial-killer docuseries might be the most attractive of its kind that has ever been produced for television. But I doubt it.

More likely it is filled with the sad images of violence, tragedy, sadness and grief that characterize so many of these kinds of “true crime” TV shows.

Be on the lookout for ugly crime-scene photos, vintage headlines, chalk outlines and ex-cops and lawyers brought on to give detailed testimony about what this man did to his victims.

TV is awash in this kind of content. Unfortunately, our national, never-ending supply of violent-crime stories is more than ample to supply hundreds of hours of true-crime programming like this every year, for years on end.

The TV Blog hopes that for the people involved in it, “I’ll Be Gone in the Dark” will emerge as a sparkling item on their resumés. For Patton Oswalt, let it serve as a tribute to his late wife, and give him solace or closure.

But for me, if not for others, learning all about another serial-killer/rapist and the lives he stole and/or ruined holds no attraction.

These shows provide no entertainment, crucial information or uplift of any kind. Why do people watch them? Perhaps they have nothing better to do, or very little else to choose from except shows about murder.

And the TV Blog asks yet again: When did our vast TV industry become the saddest place on Earth?