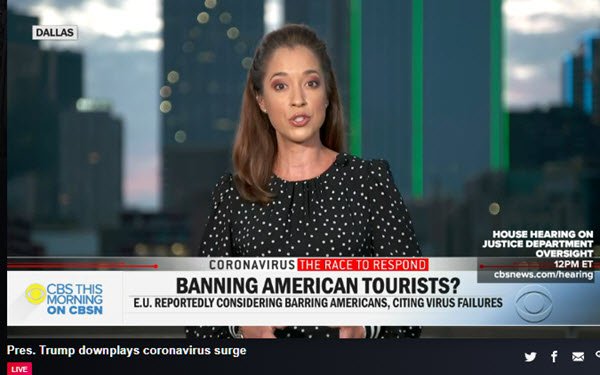 "We need to build the audience first in order to have the volume to turn it into a robust AVOD advertising business,” Christy Tanner, executive vice president and general manager of CBS News Digital, told Axios.

Now that CBS and Viacom have merged, the international sales teams of both companies can be used to sell ads for the OTT news app, Tanner said.

The already underway global expansion is being accelerated by large year-over-year increases in international audiences —ranging from 92% in Japan to 1,389% in Australia — due to demand for news relating to the pandemic and racial injustice protest movement.

The format in international markets is the same as in the U.S.: a 24/7, English-language streaming news channel.