Consumers See Brands As 'A Force For Good' In Racial Protests 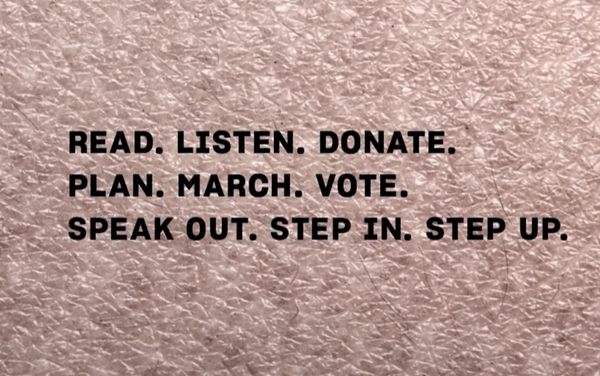 As companies continue to use increasingly strong words to speak out for racial justice, people are noticing -- and they like what they see. New research from GfK finds that two-thirds of all U.S. consumers say they have heard companies speak out on race for the first time. Overall, 58% believe brands have been “a force for good” in the protests, as do 73% of African-American consumers.

“There is wide support right now for companies addressing the issues across many groups,” says Stacy Bereck, managing director of consumer insights for GfK. “And they really want their own companies to take action. There is the sense that this is a time to do something, and [there’s] almost universal support for action.”

But there’s also a strong sense that companies have to start internally and look at their own behavior. The majority -- 55% of the total sample and 64% of African Americans -- want their companies take a stance on racial issues.

The subject really matters, with 74% of the 1,000-plus sample saying that how companies behave now on equality will affect future loyalty to those brands. Among African-American respondents, that rose to 81%.

Support for brand activism is highest in large urban areas (74%) and among families with kids 18 and under (69%).

Bereck says people's strong response to the protests is linked to the COVID-19 pandemic. “People are staying home more, and they’re paying close attention. There is more scrutiny,” she tells Marketing Daily. And while Americans have been intensely focused on all things Covid in recent months, “this was an issue that broke through as intensely important to people.”

Her advice for brands looking to connect with people’s fast-changing sentiments on social issues? “Listen. Understand what employees and customers are really asking for,” she says. “People -- not just African Americans, but across the board -- want companies to pay attention to what’s going on, and then take actions.”