Suddenly, Advertisers Are Concerned About The Adjacency Of Their Messages 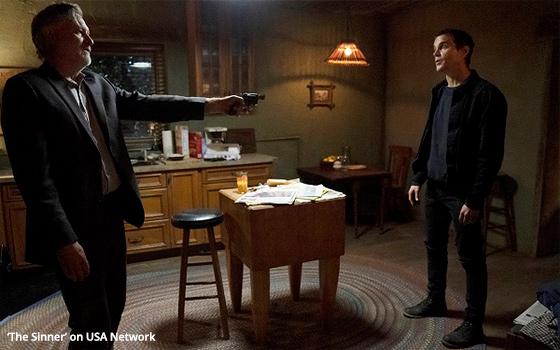 Question for the ad biz: Does environment or adjacency really have a bearing on the effectiveness of advertising?

The question arises in the wake of the growing clamor from a number of advertisers that Facebook is not doing enough to eradicate display ads on the site that the mainstream advertisers and others characterize as hate groups.

At issue is the placement nearby of the advertisers’ own ads, which they believe become tarnished every time they turn up next to, or in the vicinity of, these other ads.

As a result, a number of advertisers in recent days have reportedly announced boycotts, pauses or pullbacks -- whatever you wish to call them -- from Facebook: Ben & Jerry’s, Patagonia, North Face, Eddie Bauer, REI (Recreational Equipment Inc.) and Verizon.

They were reacting mainly to a campaign launched jointly by several civil rights groups -- including the Anti-Defamation League and NAACP -- calling for advertisers to boycott Facebook until the social-media giant figures out a way to bar the so-called hate groups from the site.

The stories about this growing boycott make it sound as if the mainstream advertisers had no idea about the adjacency of their own ads to these other ads until it was pointed out to them by these other groups.

If this kind of adjacency is such a concern to them, why weren’t they, or whoever oversaw (supposedly) the placement of the ads for them on their behalf, already aware of it? This might likely be because ads today are not placed by actual people.

The whole concept of adjacency in advertising has long interested me. At the newspaper where I once worked, examples included taking care not to position airline ads near stories about airline disasters -- for obvious reasons.

In the TV business, in an era that recedes increasingly into the dimness of history with each passing season, advertisers/sponsors were once very aware of program content issues that they felt reflected adversely on their brands. And they rode herd on the networks over these issues.

And yet, though it took decades to evolve, the content concerns of yesteryear have morphed into the no-concerns of the present day.

As noted here many times over the years, TV content today -- whether ad-supported or not -- is an anything-goes free-for-all of stories and imagery that never would have made it to the air decades ago.

Graphic violence, language and sex, anti-social behaviors of all kinds, people in states of extreme mental and physical distress on our scripted and unscripted shows -- these are what characterize most of TV today.

For example, just last Thursday night, you could come across close-ups of great piles of dried dog feces in the home of an obviously mentally ill hoarder on “Hoarders: Buried Alive” on TLC and at the same time, switch over to TruTV to watch the new show “Tirdy Works” about a Maine woman who makes and sells items she crafts out of moose droppings.

So it has come to this: Feces vs. feces in our prime-time television.

And unless I am consulting all the wrong sources, I have not seen any objections on the part of any advertisers to the “adjacency” of their messages to these great turd piles or, more generally, the explosion of bloody violence on commercial television.

So, what’s the verdict? Are commercials adjacent to feces reality shows or scenes of extreme violence tainted by the stench of these shows? It would not appear so. Otherwise, advertisers would raise a stink, wouldn’t they?

By the same token, ads on Facebook that are placed near ads posted by extremists would not likely result in Facebook users equating Verizon with hate. The TV Blog believes the average person is intelligent enough to make this distinction -- yes, even when the ads are side by side.

For its part, a Facebook spokesperson told The Wall Street Journal that the company is in the midst of developing “artificial-intelligence technology that can detect hate speech,” the WSJ reported.

So now, non-human technology will police the hate ads on Facebook in the same manner in which similar technologies placed them there in the first place.

This way, no human being has to take responsibility for any of it.