Americans Continue To Worry About COVID-19 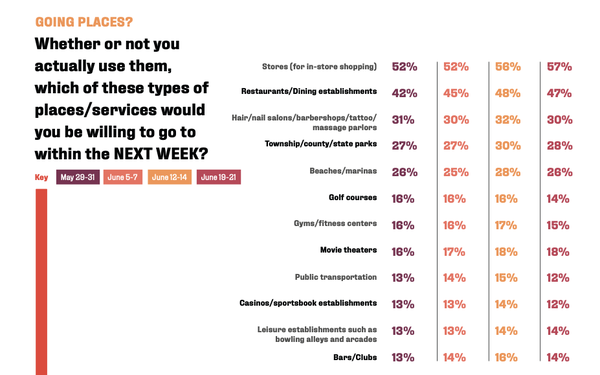 People in the Southern states currently have the highest level of concern about COVID-19, according to research.

Half of those surveyed in the South are worried about spikes in COVID-19 cases and 69% feel the need to wear a mask, which is higher than the national average, according to an Engine Insights study conducted June 19-21.

Just under half (45%) of those in the West are very concerned about a spike of cases in their states as we move into the summer months, compared to 40% in the Northeast and 36% in the Midwest. Nationally, that translates to 83% concerned, and 44% very concerned.

About 1,000 adults selected from opt-in panels were surveyed. The results are also weighted to U.S. Census data to be demographically representative.

covid-19, research
1 comment about "Americans Continue To Worry About COVID-19".
Check to receive email when comments are posted.
Next story loading