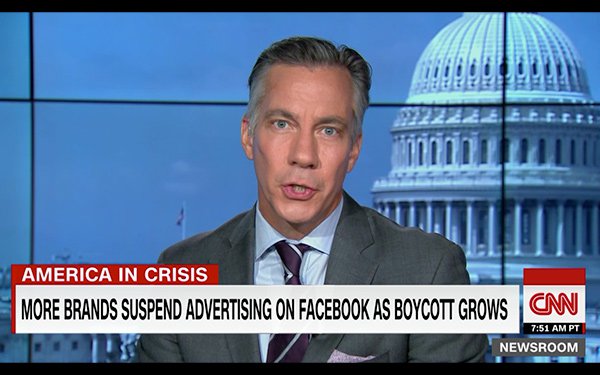 With big new stories on COVID-19 and nationwide protests around social justice, the three major cable TV news networks scored strong viewing hikes of 34% to 120% more for the second three months of 2020 versus the same period a year ago.

In second-quarter prime-time viewership, Fox News Channel improved 50% to 3.6 million over a year ago, while MSNBC grew 19% to 2.0 million. Similar to its total day viewing, CNN more than doubled its prime-time numbers -- improving 137% to 1.81 million.

Fox, MSNBC, and CNN placed first, second and third in viewership among all cable networks in both prime-time and total day viewership.