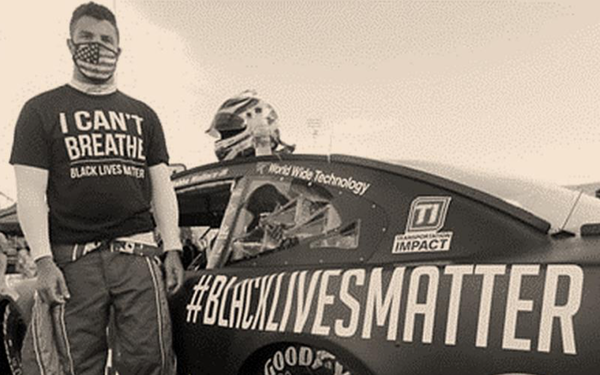 Although the Twittersphere quickly erupted with hateful reactions to NASCAR’s announcement June 10 to ban Confederate flags from its events, most fans are in favor of the move, according to research.

The announcement appears to move NASCAR in the right direction with younger fans and potential new ones, according to a study conducted by Performance Research in partnership with online sample provider Full Circle Research Co.

Just under 20% of older fans say NASCAR's stance would discourage their viewing of and attendance at NASCAR races, but those numbers are strongly offset by two-thirds of younger fans claiming they are now more likely to watch in the future.

Perhaps more importantly, NASCAR's actions were rated positively by potential new fans who had previously held little to no interest in the sport. Among general population non-fans, roughly a third (32%) say that NASCAR’s position to ban the flag has elevated their interest in the sport, with 43% claiming a more positive impression, and 42% having more respect for NASCAR overall.

On the same day as the announcement, Bubba Wallace, NASCAR’s only black driver in its top tier, raced the No. 43 car with a Black Lives Matter paint scheme.

A majority of fans overall (60%) and 76% of the younger fan base report they will take extra steps to support NASCAR sponsors that incorporate "Black Lives Matter" messaging into their partnerships with the league.

"NASCAR is making the right moves in positioning themselves for their long-term future, even if it means some short-term losses,” says Bill Doyle, vice president of Performance Research and director of the firm's motorsports research.

The study was conducted between June 22 and 24. In total 1,075 respondents and has a margin of error of plus/minus 3%.