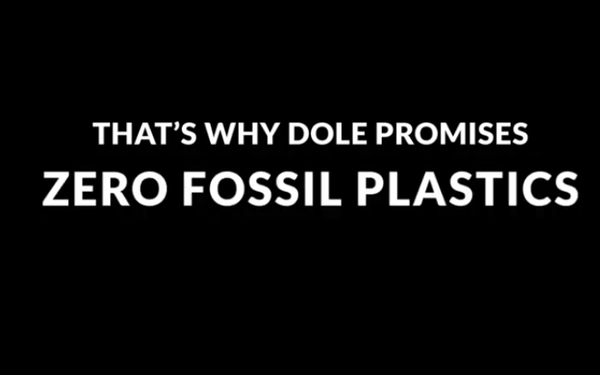 Dole International is calling on world leaders to recognize “the interdependency of people, the planet and prosperity.”

The Singapore-based food marketer this week issued The Dole Promise—a reference to the company’s six “key ambitions,” along with specific goal dates—accompanied by a global campaign video titled “Dear Leaders Of The World.”

In the 90-second video, a young girl named Sofia talks about how she’s “seen the world change a lot over the past few months” while observing that “the skies are bluer.” She goes on to ask, “Why do we keep using plastic? Why do we add sugar to the food we eat? Why can’t we feed more hungry people?”

“The pandemic is showing us the cracks of the world as they existed before. It’s also creating new cracks that we will need to deal with,” Dole Packaged Foods global CMO Rupen Desai tells Marketing Daily.

The Dole Promise calls for:

“The underlying belief behind all of these promises is that each one of them is interdependent on the others.”

Asked about food loss, he cites the statistic that one-third of the food that is grown around the world is wasted. “Culturally, all of us have been grown to separate food based on its looks. And there’s a huge amount of food loss that happens because food doesn’t look pretty. But the moment we start solving food loss, we also start helping [people gain] access to nutrition.”

Dole also announced the Sunshine For AllInvestment Fund, a $2 million annual initiative involving the company’s interaction with innovators, start-ups and “progressive partners” to help deliver on The Dole Promise.

The campaign video will run on linear television and online video, among other venues. It was created in partnership with L&C New York. Other agencies involved are Campbell Ewald, Spark Foundry and Golin.