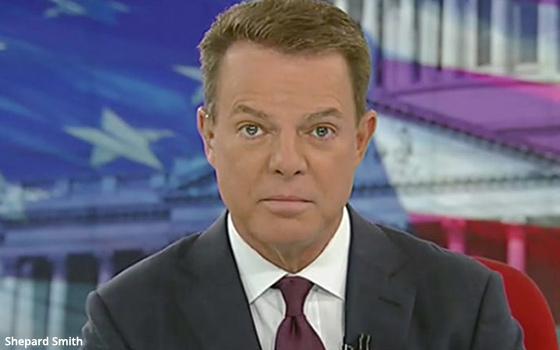 In a statement, CNBC chairman Mark Hoffman said: "We aim to deliver a nightly program that, in some small way, looks for the signal in all the noise. We're thrilled that Shep, who's built a career on an honest fight to find and report the facts, will continue his pursuit of the truth at CNBC."

The one-hour newscast, “The News With Shepard Smith,” will air Monday through Friday at 7 p.m. starting July 13.

Hoffman says Smith will provide a bridge between the network’s daytime business/financial news and later evening “aspirational” business reality TV shows, which currently include three or more hours of repeats of “Shark Tank” on Monday though Thursday starting at 7 p.m ET. CNBC also airs reruns of “Undercover Boss” on Fridays and on weekends.

In 2019, the last year of his 23-year tenure at Fox News, Shepard had a testy on-air relationship with some of Fox News' anchors -- especially those featured on prime-time viewing opinion shows.

In one instance, Shepard called out the likes of Tucker Carlson, who he called “repugnant” with regard to Carlson attacking Fox News senior judicial analyst Judge Andrew Napolitano.