Sex Ed Is A Disgrace. Sustain's Ads Want to Change That 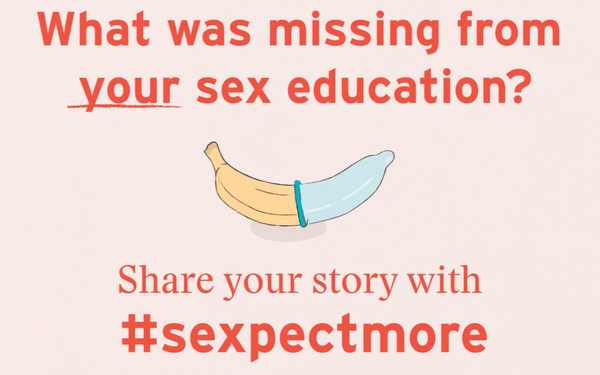 Sustain, which markets period care and “sexual wellness” (condoms, lubricants) products, already has a reputation for having wide-open conversations with customers about sexuality.

Starring actress Tiffany Haddish, model Elsie Hewitt, a sprinkling of comedians, actors and social media’s favorite gynecologist, the video gives a light touch to some scary stats. Not one state requires comprehensive sex education, for example, and only five states are required to include consent. And just 17 states require that sex-ed classes be medically accurate.

“Working in this space for the last seven years, I’ve been struggling to think of the one issue where we could have a meaningful impact as a brand,” says Meika Hollender, founder and president of the D2C company. “And sex ed is something people believe in. It’s important and an opportunity to tackle many issues, including consent, orgasm and reproductive health. As an activist brand, this is the thing we want to change.”

That lack of education leads to many public health problems, including more than 1 million unplanned pregnancies, and the wide spread of sexually transmitted diseases.

The campaign hopes to raise money for Advocates for Youth, a nonprofit that works to promote honest sexual health information. Besides a $25,000 donation, it will give $1 each time the video is shared, up to $40,000.

Sustain believes that comprehensive sex education is critical for today’s youth and generations to come, and needs to go far beyond condoms on a banana, to include everything from pleasure to birth control to consent.

The video starts with a simple question: “What do you wish you’d learned in sex ed?” Hollender says the point of the video is to capture many different kinds of experiences, to make the point that no one got the information they needed.

“And it had to be fun,” she says. “One thing we’ve learned is that we have to make the information accessible and sex-positive.”