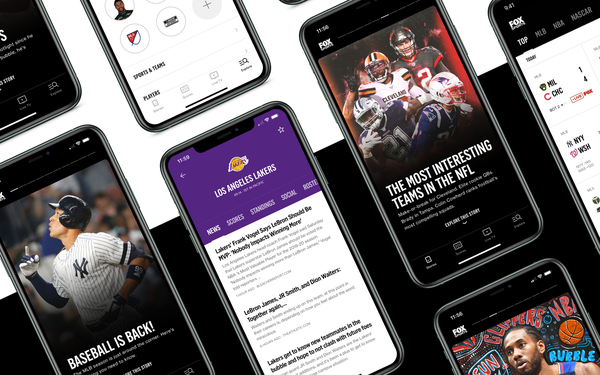 Fox Sports has launched redesigned versions of its app and its FoxSports.com site.

Some games and events will now include “Bonus Cams” that allow fans to watch the live telecast while choosing between secondary feeds with different camera angles and perspectives. The feature will debut with Fox’s coverage of the MLB quadruple header on July 25.

Fans can now choose and access content sections about their favorite leagues, teams and players through an “explore” tab.

Access to scores and schedules has been simplified, according to Fox.

Real-time odds, powered by Fox Bet Sportsbook, are integrated throughout the products, and access to scores and schedules has been simplified.

The app is available for iOS and Android devices.