Consumers Weigh In On Return To Sports 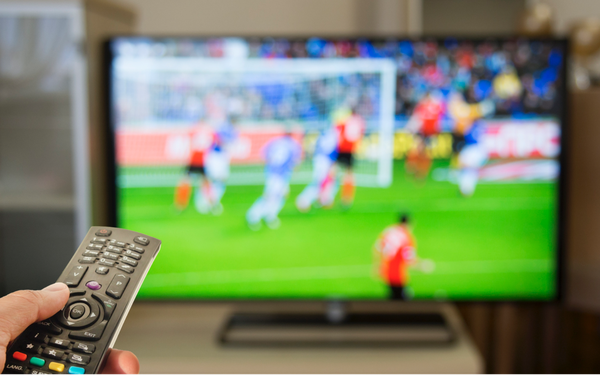 As major U.S. sports leagues gear up to resume this summer, most consumers (78%) are willing to  sacrifice traditional aspects of sports if it means a return to play.

In a nationally representative survey of over 1,000 self-identified American sports fans, DraftKings examined how modern fans have adapted to the COVID-19 era.

When the pandemic prompted voluntary quarantines in early spring, major sports leagues were among the first organizations to put a hold on the normal course of business in the interest of safety. When they did so, 56% of respondents reported taking developments around COVID-19 more seriously.

Following league suspensions, however, sports fans across the country were hungry for related content and looked toward alternative events, leagues, and teams to follow. As a result, over one in four American fans began following a new sport, and 67% plan to continue following said sport even as more prominent leagues resume. eSports (40%) stand as the most popular newly followed sport, trailed by international soccer (34%), MMA (32) along with golf and international baseball (tied at 31%).

“With over half of respondents having reported missing sports during the resultant hiatus, fans across the country are inarguably eager for the return of their favorite leagues and teams, albeit with largely adjusted expectations as exemplified by our latest findings,” said Matt Kalish, co-founder and president, DraftKings North America, in a release.

Among upcoming season relaunches and debuts, 64% of American fans say the NBA is their most highly anticipated sport to watch again, followed by MLB Opening Day at 48%. Both leagues are slated to start later this month, and findings indicate 66% of fans feel it important for live sports to return before September -- while 39% believe the return to play is occurring too soon.

Whether fans should be in attendance is a notable point of division. The majority said they want to be there within four to six months (24%), followed by those not wanting to attend a sports event until there’s a cure for COVID-19 (20%).

Concerns about the prospect of attending a live sporting event again were primarily about maintaining social distance. Respondents are most worried about the inability to keep six feet between themselves and other fans and other fans not following protocol, such as wearing a mask.

A majority of respondents (78%) are comfortable sacrificing some traditional aspects of attending live sporting events (such as tailgating and being able to purchase food/drinks at concession stands) if it means sports will resume sooner.

Despite the reopening of bars and restaurants in some part of the country, fans intend to engage with their favorite teams from the comfort and safety of their homes. Over half of those surveyed do not anticipate a change in how they will watch live sports; 35% are in favor of home viewership, as opposed to attending live events while wearing masks and social distancing.

More than half (60%) plan to continue sports consumption through traditional cable, while 40% will access live feeds by way of in-app streaming services.