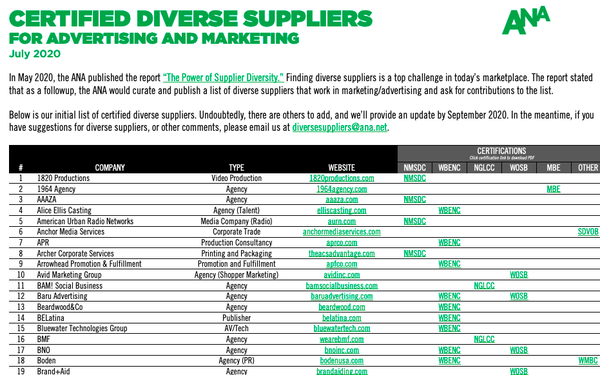 Dozens of agencies, media companies, researchers and technology companies have met the requirements to be listed on the first ever "Certified Diverse Suppliers for Advertising and Marketing" list released today by the Association of National Advertisers.

More than 100 companies have qualified for the initial list, which follows the release of an ANA ("The Power of Supplier Diversity") report issued in May, which indicated 75% of ANA members plan to boost the diversity of sourcing their advertising supply chain.

The study also found that the biggest benefit of a supplier diversity strategy is "community empowerment and positive social impact," which were cited by 84% of survey respondents.