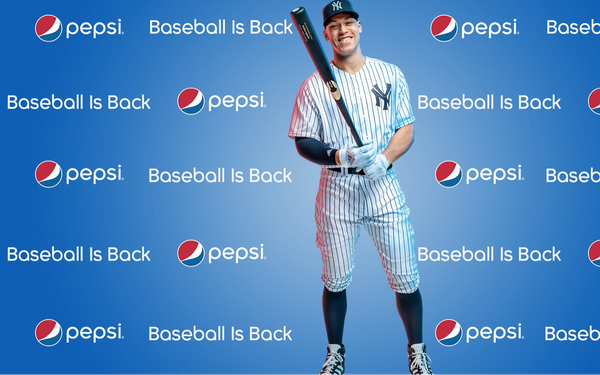 Pepsi has enlisted New York Yankees slugger Aaron Judge to encourage fans to use their “Judge Free Pass” to ditch their responsibilities and enjoy Opening Day.

Judge, a long-time partner of the brand, tweeted info about the program to his 394,100 Twitter followers Thursday morning.

The “Judge Free Pass”  is a collection of creative developed by Judge and Pepsi that gives baseball fans everything they need to drop all responsibilities that are not baseball related on Opening Day.

It includes voicemail “away” messages and automatic email replies from Judge himself. Setting the custom messages as their backgrounds and replies, fans can tweet #JudgeFreePass to pledge to Pepsi and Judge himself that they’re playing hooky on Opening Day.

@Pepsi said it will continue to share baseball news on its social media throughout the abbreviated 60-game season.

PepsiCo and Coca-Cola have alternated as the league’s soft drink sponsor over the years. Pepsi held the position from 1997 to 2017 until Coca-Cola took over the reins. But Coke failed to renew its deal earlier this year due to budgetary concerns, according to the Sports Business Journal (SBJ). The sponsorship could remain open at MLB this season due to the overall economy and the sports economy, per SBJ.