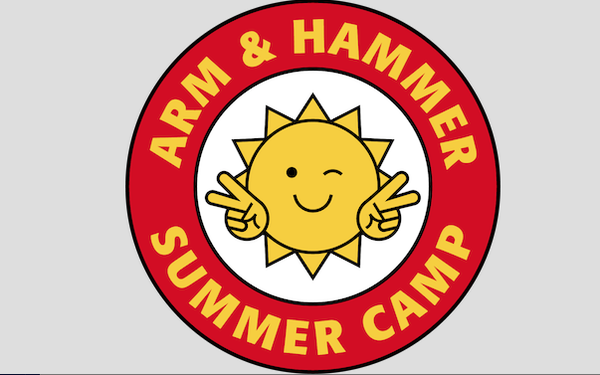 Unlike most summer camps for kids, Arm & Hammer baking soda’s virtual camp has been designed to include and assist parents who are stuck at home during the pandemic.

Downloadable PDF files will provide kids with detailed instructions for each video, sparing parents from having to take on that work.

“Kids across the country have been stuck at home for months. This has left parents struggling to come up with activities for them,” Arm & Hammer brand manager Tara Tanico tells Marketing Daily.

She speaks from experience. “I myself have two little girls at home. I’ve had to be mom, teacher, chef and camp counselor while also balancing work from home. Who wants to then spend hours putting together a schedule of activities to keep kids entertained?”

Three influencers will take on the role of camp counselors in the videos. They are foodie Beau Coffron—known as lunchboxdad on Instagram; Amber Kemp-Gerstel, whose credits include being a finalist on NBC’s “Making It” craft competition program; and “STEAM Play & Learn” author Ana Dziengel.

In this teaser video, the three influencers offer a glimpse of the crafts, science experiments and baked goods they will concoct with the use of baking soda.

To generate awareness of the initiative, Arm & Hammer sought to reach a particular target audience “of parents who were likely seeking creative solutions for engaging their kids this summer, Tanico says.

That effort began with outreach to the company’s Simple Solutions community, who have opted in to participate in discussions and surveys about the Arm & Hammer brand and be the first to receive announcements.

A paid partnership with Meredith Corp. enabled the company to enhance its own email database, while Pinterest provided paid support to drive signups among users known to be seeking DIY activities.

Camp registration began July 13 on the Arm & Hammer website and within 24 hours, more than 3,000 parents had signed up. As of this writing, signups were just shy of 14,000.