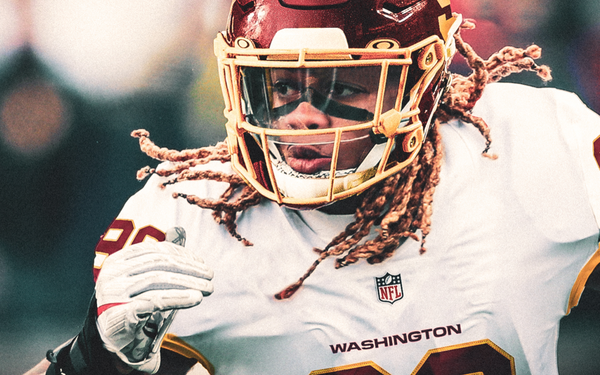 Say goodbye to the criticized-as-offensive Washington Redskins. The team will be known as the Washington Football Team while it considers what to call itself long-term.

“The Redskins name and logo will officially be retired by the start of the 2020 season,” the team said in a statement. “We encourage fans, media and all other parties to use ‘Washington Football Team’  immediately.”

Earlier this month, the team announced a “thorough review of the team's name in light of events in the country and feedback from our community.”

The franchise is also rolling out an aesthetic that reflects its direction as it progresses toward a new name and design scheme.

“The decision to use Washington Football Team for this season allows the franchise the ability to undertake an in-depth branding process to properly include player, alumni, fan, community, and sponsor input,” according to the statement. “To date, we have been pleased to see so many people putting forward their vision of what the new name and design should be on their social media channels and we look forward to including their feedback as this process progresses.”

Starting Friday and over the next 50 days, the franchise will begin the process of retiring all Redskins branding from team properties whether it be FedExField, Redskins Park, other physical and digital spaces. The goal is to complete this process in full by the team's home opener against the Philadelphia Eagles on Sept. 13.

The team is holding a contest for a fan to win a signed Washington jersey. The website for the team is still Redskins.com. Fans will be able to purchase "Washington Football Team" merchandise from Fanatics and NFL Shop in the coming days.

Pressure from the NFL football team’s sponsors -- which include FedEx, PepsiCo, BudLite, Nike and Bank of America -- likely played a huge part in the decision to drop the offensive Redskins moniker.

In late June, a group of more than 85 investment firms and shareholders representing $620 billion in assets called on the team’s sponsors to withdraw support unless team owner Dan Snyder changed its name.