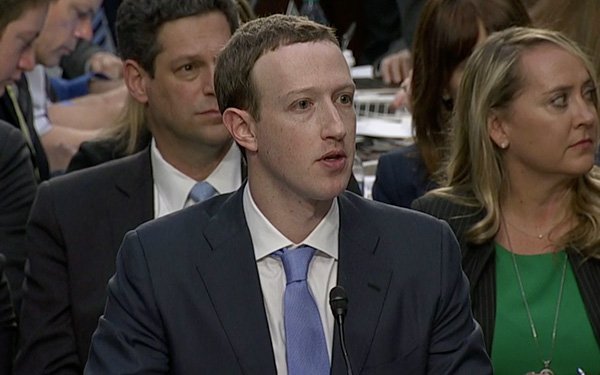 Congress will have to wait a little longer to grill Mark Zuckerberg and other top tech CEOs about their companies’ apparent market dominance.

Originally scheduled for Monday, the House Judiciary Antitrust Subcommittee has decided to postpone the hearing so that members of Congress can recognize the memory of Representative John Lewis.

The influential civil-rights leader will be lying in state at the U.S. Capitol from Monday through Wednesday.

As of Friday, a new date for the hearing had yet to be set.

Along with Facebook’s Zuckerberg, Amazon’s Jeff Bezos, Apple’s Tim Cook, and Google’s Sundar Pichai were scheduled to appear before the subcommittee.

“Since last June, the subcommittee has been investigating the dominance of a small number of digital platforms and the adequacy of existing antitrust laws and enforcement,” they noted in a joint statement. “Given the central role these corporations play in the lives of the American people, it is critical their CEOs are forthcoming.”

Earlier this week, Republicans pressed Nadler to include Twitter cofounder-CEO Jack Dorsey in the hearing.

“We believe there is bipartisan interest to hear from Twitter about its power in the marketplace, its role in moderating content on its platform, and the causes for its recent highly publicized security breaches,” Jim Jordan (R-Ohio) wrote in a letter to Nadler.

By most measures, Twitter is tiny compared to these tech giants. Yet the company still wields considerable power as the preferred platform for influential figures to quickly reach large audiences.