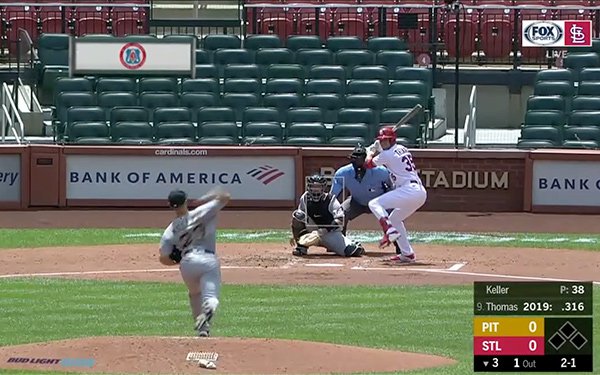 An opening-night game on Thursday -- in which the New York Yankees bested the World Series champion Washington Nationals in a rain-shortened game -- had ESPN pulling in the best TV ratings for a regular-season game on any network in nine years -- a Nielsen-measured preliminary 4 million viewers.

All major TV sports have been virtually off the air since March, when the COVID-19 pandemic ramped up.

For ESPN, it was also the largest audience for an opening-night game ever. The previous record of 3.7 million viewers was in 2017, for a Chicago Cubs-St. Louis Cardinals game. A year ago, an ESPN opening night game of Boston Red Sox/Seattle Mariners -- took in just 1.19 million viewers.

ESPN’s late game between the Los Angeles Dodgers and the San Francisco Giants earned a big 2.76 million viewers -- the largest ESPN audience ever for a late-night Eastern time zone game.

The return of other professional sports to TV has also done well.

In May, a NASCAR race posted a three-year high of 6.3 million viewers, while the final round of a PGA Golf event in June tallied a strong 3.1 million viewers.