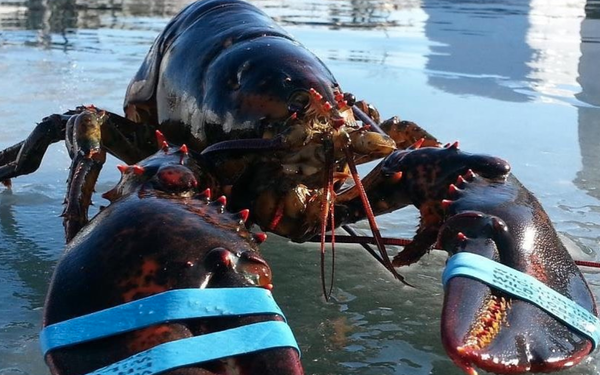 Americans crave lobster, whether dripping with butter, tucked in a taco or scooped in a traditional roll. But the longing has soared during the pandemic. Get Maine Lobster says its second-quarter revenue is up 800% year over year.

D2C FYI asked Mark Murrell, founder and CEO of the Portland, Maine-based company, to talk about its explosive growth.

D2C FYI: Why do you think lobster is so hot?

Mark Murrell: One thing is that protein is less available. And with so many restaurants closed, people are thinking, “How can we do something fun and different and keep our minds away from current events?"

COVID-19 has people thinking about wellness, and seafood is healthier.

Murrell: Lobster tails. Lobster rolls. We're shipping thousands of pounds a week. People are buying 14 and 20 packs. We've also had a couple of random products that are just flying off the shelf, like beef Wellington. The only thing I can think of is that it's classic and comforting and seems upscale.

Murrell: We have a very large database, so email marketing is a big part of it, but also Facebook, Instagram, and Google. We do a lot of lead generation, and then people get put into a nurturing sequence. They get to know what's notable, and we give them a good offer.

D2C FYI: Where are most of your orders going?

Murrell: The usual suspects. California is always No. 1, followed by New York. But Texas is big, and so is Florida.

D2C FYI: What's the pace of the business like?

Murrell: It's been hectic. We had the usual spikes for Memorial Day, Mother's Day, Father's Day and July 4. We've had a bit of a break -- July is typically our slowest month -- but we're still shipping eight or nine times the normal amount.

D2C FYI: Wait. July, the month of the most cookouts, is slowest?

Murrell: I know. That surprises people. December is the busiest. January is pretty good too, because of the gift-card business.

D2C FYI: What products are you adding?

Murrell: Prior to COVID, we had a game plan for CPG, and that got halted. But we just added a ready-to-eat shrimp product, and we'll be adding a lobster scampi.

We believe that we've had a lot of learnings over the past 10 years, and that we're in an excellent position to launch new brands and new product lines to increase our market.

We're already sourcing beef from a company called Pineland Farms, which allows us to sell their products under a private label. We'll be building a brand under the Blackpoint Provisions label, which will give us a little more freedom to invite people in.

D2C FYI: And you're looking to get into plant-based food, too, right?

Murrell: Yes. I'm working with a chef friend in Israel, with facilities in Chicago, to leverage her recipes. People are so much more open to trying these things today -- there’s a lot of flexitarians out there.