Regis Philbin Made A Career Out Of Being Affable 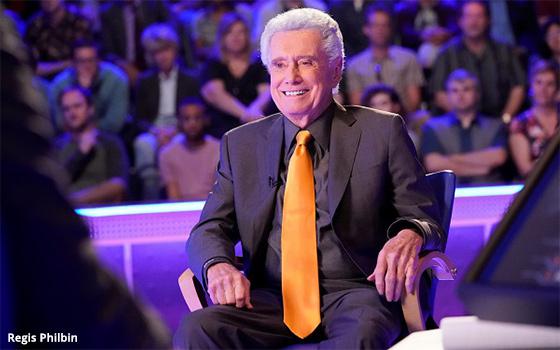 Regis Philbin was decidedly from the old school.

He came from a generation of TV personalities and entertainers whose mantra seemed to be “keep working, never retire.”

“I just think retirement is death,” Merv Griffin once said to me in a phone interview. He was 81 at the time, and died seven months later. But he was in the midst of producing a new quiz show.

Philbin, who died last Friday at age 88, may have equated retirement not with death necessarily, but with anonymity.

He seemed to enjoy playing the role of “Regis Philbin” everywhere he went. Indeed, he might have liked it so much that he could not have lived without it.

As things turned out, he did not have to. He most certainly did not die from anonymity because just a few months ago, he was still working.

This past spring, he was seen guest-starring on an episode of the ABC comedy “Single Parents.” Late last year, he guest-starred on another ABC sitcom, “Fresh Off the Boat,” playing himself hosting “Who Wants to Be a Millionaire?” (pictured above).

As much as anything else, Regis Philbin became famous because he said yes. David Letterman said this week that Philbin was his best guest on his late-night shows.

One reason may have been that Philbin seemed never to be unavailable when Letterman’s “Late Show” on CBS needed a guest to fill in at the last minute. Got an opening? Call Regis.

In his appearances with Letterman, Philbin would often take Letterman to task for his reclusiveness.

Philbin and his wife, Joy, lived in Connecticut not far from Letterman’s home at the time, and Philbin would complain that Letterman was antisocial.

Philbin seemed eager to get Letterman to dine with him and other long-time friends who lived locally. Two who were mentioned often were Jack Paar and Charles Grodin.

These appearances with Letterman were what made Regis Philbin such a treasure. Somehow, over years and years on television, he had developed a talent for affability.

On TV, Regis Philbin was likable, friendly, bland and inoffensive. While these traits might seem easy to develop and put across, they are not. If they were, we would have been awash in Regis Philbins all these years, but we were not.

There was only one Reege. His passing has us reflecting once again that the world in which he lived and worked is increasingly a lost world today.

Throughout his career, Regis Philbin was careful to give no offense because that is what the mass medium of television in his era asked of its top personalities.

It was what made him so successful. His image of affability is so secure that this week, in the days following his death, you would have to search high and low to find someone who is saying a discouraging word about him.

Chances are, you won’t find such a person because there are not any.