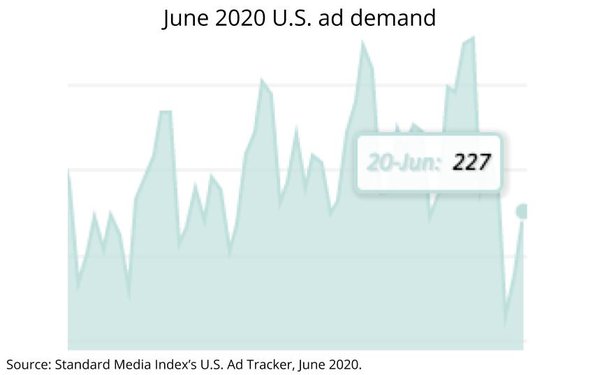 After plummeting 31% in May, the U.S. ad market showed signs of stabilizing in June, declining only 17% in June vs. the same month in 2019, according to the latest data from the U.S. Ad Market Tracker, a collaboration of Standard Media Index (SMI) and MediaPost.

Most of the improvement came from the world's biggest brands, as the top 10 ad categories declined only 11% in May versus categories 11 and above, which fell 29%.

Digital remains the most resilient medium, declining only 3% in May -- one quarter of the rate of erosion of national TV, which fell 12% versus. the same month in 2019.