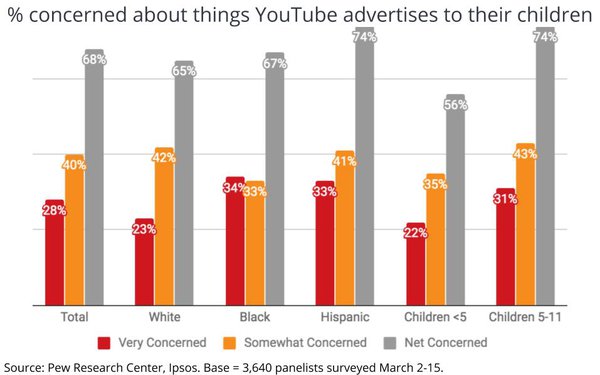 More than two-thirds of American parents say they are concerned about the things advertised to their children YouTube, according to findings of a new study analyzing parental concern about their children's "screen time," released this morning by the Pew Research Center.

The study, "Parenting Children In The Age of Screens," was conducted in conjunction with Ipsos' Knowledge Panel and surveyed nearly 4,000 U.S. parents March 2-15 and found that 28% are "very concerned" about the ads their children see while watching YouTube videos.

The study found parents are even more acutely concerned that their children will encounter "inappropriate content" while surfing on YouTube, as well as the types of videos that are recommended to them based on YouTube's algorithms.