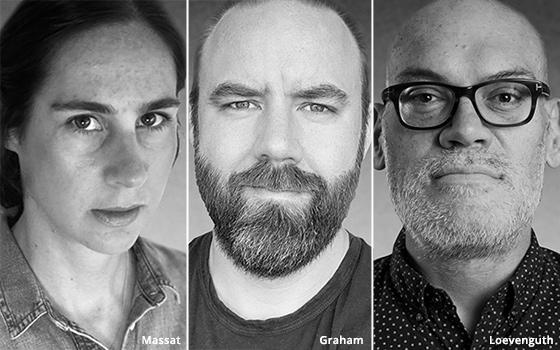 Just weeks after officially launching, Keith Cartwright is building out his namesake agency’s leadership team with three senior-level hires. All individuals were personally recruited to the agency by Cartwright based on their previous working relationships.

John Graham, previously executive strategy director at 72andSunny where he worked with Cartwright on behalf of clients like the NFL and Activision, will join as head of strategy.

Andrew Loevenguth originally crossed paths with Cartwright while at Wieden+Kennedy where he spent seven years working in its Portland office and later New York. He joins as head of integrated production.  Most recently Loevenguth was head of production at Anomaly where he worked for 13 years overseeing Super Bowl spots for Budweiser and Dick’s Sporting Goods among others.

Marie Massat is named head of brand to oversee account management and leadership. She comes from Grey NY, where she worked for nearly seven-years in various roles across the Gillette brand, most recently leading the agency’s work for the “Best a Man Can Be” initiative. She initially began working with Cartwright through his partnership with Grey before coming on board full time.

“Our model enables us to tap into the global resources of Grey NY through our partnership with WPP, so having Marie on our team enables us to quickly ramp up as client needs arise with just the right talent pulled from one of the most creative agencies in the industry,” says Cartwright. “Marie, Andrew and John crossed paths at Euro RSCG and already have a collaborative relationship which is important as we have a great deal of work in development and are excited to share that in the near future.”

Cartwright launched in June 2020 with backing from WPP. The agency’s first work, “The Choice” was also introduced in June as a collaboration with Grey Global and client Procter & Gamble.