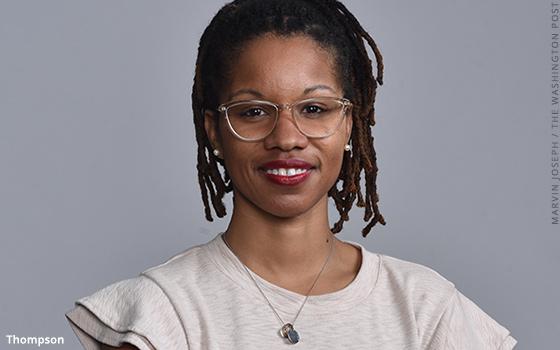 Krissah Thompson will become the first Black woman to become a managing editor at The Washington Post.

Thompson, who has served two decades in the WaPo newsroom, will take on the role of managing editor for diversity and inclusion on Monday.

In a staff memo, executive editor Marty Baron quoted Thompson’s mission for the new position: “This moment calls for the same kind of all-hands-on-deck commitment to diversity and inclusion that we throw at big stories.”

Thompson will provide oversight of stories about diverse communities and initiate projects “that can break fresh ground,” Baron noted.

She will be “in charge of ensuring significant, consistent progress on diversity and inclusiveness in everything we do – our coverage of race, ethnicity and identity, as well as improved recruitment, retention and career advancement for journalists of color.”

Thompson will receive support from the newsroom’s senior leadership in this “highest-priority effort," Baron wrote.

Thompson's vision is to have WaPo “become the most diverse and inclusive newsroom in the country.”

For almost three years, Thompson has been the politics assignment editor for the Style section. She also worked as a Style writer for five years, and was a national staff writer from the fall of 2007 to late 2012.

Thompson began her career as an intern at The Washington Post.

In addition to covering politics, Thompson has edited stories about parenting, pop culture, race, fashion, Washington society and media, among other topics, according to executive features editor Liz Seymour.