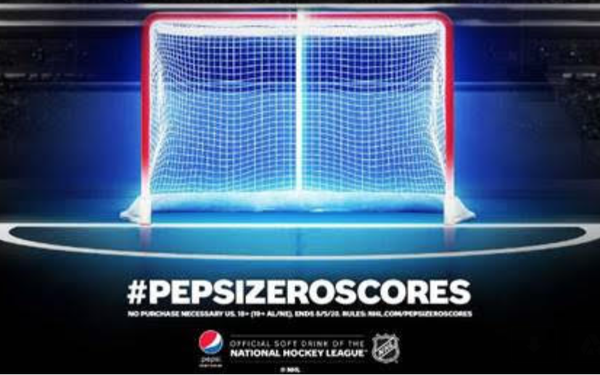 Little Caesars has signed a deal to be the official pizza delivery company of the National Hockey League as longtime sponsor Pepsi launches a sweepstakes.

The partnership between the league and the pizza restaurant begins immediately and runs through the 2020-2021 season. Fans will see the Little Caesars brand displayed in a corner in-ice ad position during every game of the 2020 Stanley Cup Qualifiers and 2020 Stanley Cup Playoffs, as well all exhibition games.

As the brand continues to add stores and customers across the globe, the partnership will allow it to connect with millions of consumers around the world in a new way, said Dave Scrivano, president and chief executive officer of Little Caesars.

The NHL receives more than $5 billion in annual revenues and partnerships, with more than 40 blue-chip corporate sponsors.

Another NHL sponsor, Pepsi, the official soft drink of the NHL for more than decade, is kicking off the return of the NHL season with a contest.

The brand will give away up to half a million dollars through its Pepsi Zero Sugar NHL Shutout: Stanley Cup Qualifiers Edition program and 2020 Pepsi Zero Scores Sweepstakes.

An extension of the fan engagement Pepsi Zero Sugar Shutout program, the 2020 Pepsi Zero Scores Sweepstakes, with each shutout that occurs, one fan will receive $24,000, celebrating each of the 24 teams vying for the Stanley Cup title during the NHL Stanley Cup Qualifiers.

“We wanted to reward those unapologetic hockey fans that have been waiting nearly 150 days for the return of the league with something special,” said Melissa Duhaime, director of sports marketing at PepsiCo, in a release.

Fans can enter the Pepsi Zero Scores Sweepstakes by following @Pepsi and tweeting #PepsiZeroScores and #Sweepstakes. Select winners will be featured across @Pepsi handles as each shutout occurs.

PepsiCo also renewed its sponsorship with the Philadelphia Eagles NFL team this week, signing a seven-year extension  Another contest, “The Pepsi Has Landed” sweepstakes, gives Philadelphia Eagles fans the chance to win prizes including 2021 season tickets, signed Eagles jerseys or a year’s supply of Pepsi products.