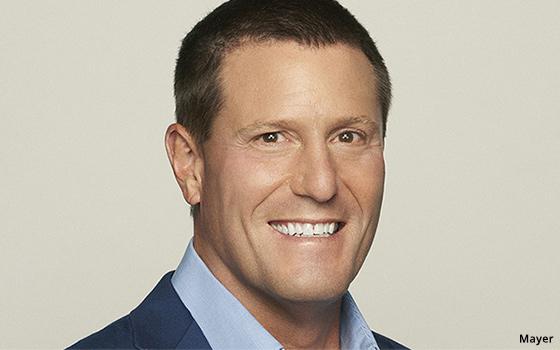 “Let’s focus our energies on fair and open competition in service of our consumers, rather than maligning attacks by our competitor -- namely Facebook -- disguised as patriotism and designed to put an end to our very presence in the U.S.,” Mayer writes in a new post.

Mayer’s missive comes as TikTok -- owned by Beijing-based tech giant ByteDance -- is facing the threat of a U.S. ban over fears it could be gathering user data on behalf of the Chinese Communist Party.

The letter also arrives on the same day that Mark Zuckerberg is scheduled to appear before Congress — and make the case that American companies like Facebook should be given preferential treatment over foreign rivals.

“Facebook is a proudly American company,” Facebook’s CEO will tell the House Judiciary Antitrust Subcommittee, according to a copy of his prepared remarks obtained by Politico. “We believe in values -- democracy, competition, inclusion and free expression -- that the American economy was built on … but there’s no guarantee our values will win out.”

Firing back, Mayer says TikTok believes in innovation, fair competition, and creative expression, along with transparency and accountability.

“We believe it is essential to show users, advertisers, creators and regulators that we are responsible and committed members of the American community that follows U.S. laws,” he writes.

As such, TikTok is launching a Transparency and Accountability Center for moderation and data practices.

“Experts can observe our moderation policies in real-time, as well as examine the actual code that drives our algorithms,” according to Mayer. “This puts us a step ahead of the industry, and we encourage others to follow suit.”

Along with appealing to lawmakers’ sense of nationalism, Facebook is seeking to squelch TikTok’s popularity by launching services that mirror the app’s functionality.

Earlier this month, for example, Facebook said it would begin testing Reels -- a TikTok-like feature embedded in Instagram -- in the Unites States and more than 50 other countries.

TikTok poached Mayer from Disney in May.