Netflix, And Streamers As A Whole, Break Emmy Nomination Records 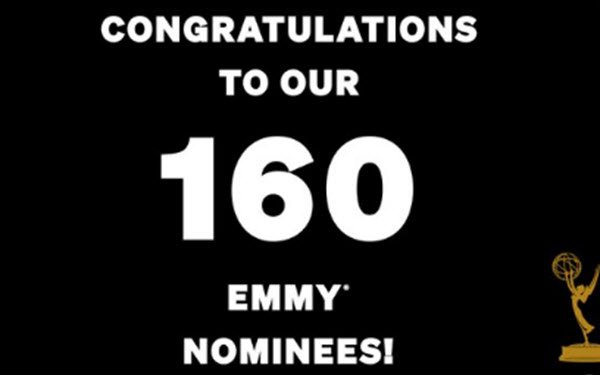 Netflix has received 160 Emmy nominations, breaking the record previously held by HBO, which scored 137 nominations in 2019.

In total, streaming services drew a record 370 nominations. And according to a tally by media analyst Rich Greenfield, 86% of the nominations did not require cable or satellite pay TV to watch.

The 72nd Emmy Awards, hosted by Jimmy Kimmel, is scheduled for broadcast on September 20, on ABC. The Creative Arts Emmys will be presented in virtual ceremonies held during September. No dates have yet been set.