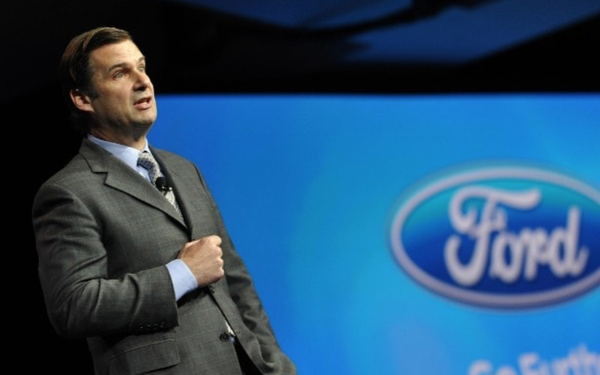 Jim Farley, who joined Ford Motor Co. in 2007 as global head of marketing and sales, has been named the company’s president and CEO and will join the board of directors effective Oct. 1.

He succeeds Jim Hackett, 65, who is retiring. Farley, 58, is currently chief operating officer, a role he took on in February.

Farley’s previous positions include leading Lincoln, Ford South America, Ford of Europe and all Ford global markets in successive roles. In April 2019, he was chosen to lead Ford’s New Businesses, Technology & Strategy team, helping the company determine how to capitalize on forces reshaping the industry -- such as software platforms, connectivity, AI and automation.

During his tenure as Ford's top marketing executive, Farley initiated the discussions with Matthew McConaughey to star in Lincoln commercials.

Hackett, who will continue as a special advisor to Ford through March of 2021, said the time is right to pass the mantle of leadership to Farley.

But this is not the first change in Ford’s C-suite this year.

Joe Hinrichs, 53, left the position of Ford president and chief operating officer in February after 10 months.

Wall Street has shown its lack of confidence as the stock has languished for years under Hackett's leadership, she adds. But Farley’s marketing background could help the struggling company.

“Since Ford is about to enter a new execution phase, the company likely decided it was time for a more experienced auto executive who knows the ins and outs of the industry to lead the charge, as opposed to an outsider trying to create change,” Caldwell says. “Farley's specialty is marketing, which will play a critical role as Ford gears up for significant product launches that are intended to revive and refresh Ford's image."