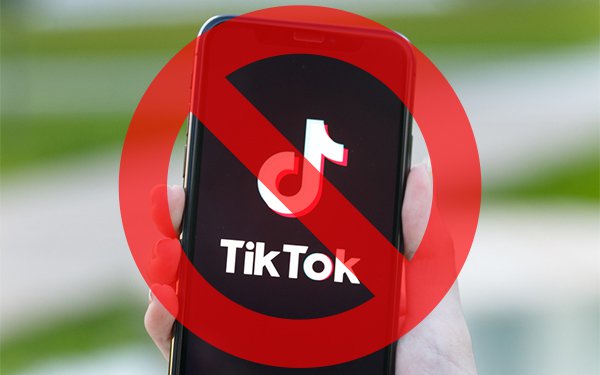 The orders are scheduled to go into effect in 45 days, officializing the September 15 deadline Trump had announced.

After that date, the Commerce Department would be responsible for identifying transactions that violate the bans.

The orders assert that the Chinese companies represent security risks that constitute a national emergency.

Trump and U.S. officials have accused China of using TikTok to gather U.S. citizens’ and companies’ user data on behalf of the Chinese Communist Party, as well as to interfere with U.S. elections.

As a result of Trump’s earlier threats to ban the company from doing business here, ByteDance founder Zhang Yiming said he was open to selling the U.S. TikTok unit, and ByteDance is now negotiating a sale to Microsoft.

Trump’s TikTok order puts even more pressure on the companies to reach an agreement by the September deadline.

Today, TikTok released a statement saying it is “shocked” by Trump’s order.

"For nearly a year, we have sought to engage with the U.S. government in good faith to provide a constructive solution to the concerns that have been expressed," TikTok said. "What we encountered instead was that the Administration paid no attention to facts, dictated terms of an agreement without going through standard legal processes, and tried to insert itself into negotiations between private businesses."

TikTok has insisted that it is not under the operational influence of the Chinese government, and that it maintains U.S. user data in the U.S. and Singapore, not China.

"While TikTok is being singled out in this executive order, their data collection and sharing practices are fairly standard in the industry," said Kirsten Martin, a professor of technology ethics at the University of Notre Dame's Mendoza College of Business, quoted by NBC News. "I would imagine every teenager will still access TikTok through the VPN they use to access other content. The coronavirus is a national emergency. TikTok is not a national emergency."

As for the order on WeChat, “it wasn't clear whether the ban would apply specifically to the app or to all of Tencent's business, which includes investments in major U.S tech and gaming firms and lucrative broadcast deals with the major U.S. sports leagues,” noted Byers Market.

“Even if the order is limited to WeChat, it would have implications for foreigners and members of the Chinese diaspora who rely on the app to communicate and do business with people in China. WeChat has 1.2 billion users, the vast majority of whom are in China.”

Shares of Tencent Holdings plunged as much as 10% on Friday.

Critics have charged that Trump’s crackdowns on and criticisms of China and Chinese-owned companies are at least in part motivated by his need to find issues that might resonate with some Americans in advance of the national elections, and some experts have warned that "balkanizing" technology issues with China could result in a new Cold War.