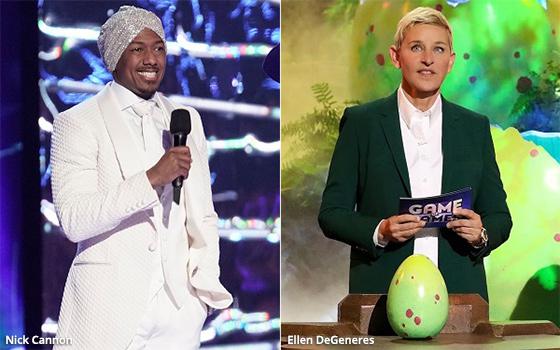 There are no absolutes in today’s cancel culture.

In other words, some people get canceled for the things they say or do (or are suspected of having done), while others do not. In addition, some get canceled from one thing, but not another.

This appears to be the case with Nick Cannon, the ubiquitous TV host of “America’s Got Talent,” “Wild ’N Out” on MTV and, currently, “The Masked Singer” on Fox.

He made a series of atrocious racist and anti-Semitic statements in his YouTube podcast, “Cannon’s Class,” last month that might have spelled the end of this career -- except that it didn’t.

ViacomCBS, owner of MTV, quickly severed all ties with him. On July 14, the company put out a statement that, among other things, pointed out Cannon’s apparent refusal “to acknowledge of apologize for perpetuating anti-Semitism.”

For this reason, the company said, “We are terminating our relationship with him.”

Perhaps ViacomCBS might have changed its corporate mind if it had waited a day because the very next day, Cannon issued an apology.

“First and foremost, I extend my deepest and most sincere apologies to my Jewish sisters and brothers for the hurtful and divisive words that came out of my mouth,” said part of the apology.

The wording here is curious: He made it seem as if the words just “came out” of his mouth, as if he had now power or ability to stop them.

Whether poorly worded or not, this apology was enough for Fox to continue its own relationship with Cannon, who is host and one of the executive producers of “The Masked Singer,” which has emerged as a hit for Fox, according to Fox.

This is the kind of TV show that fulfills the often-accurate TV maxim: The stupider the show, the bigger the hit.

The powers-that-be at Fox felt Cannon’s apology demonstrated that he was “clear and remorseful that his words were wrong and lacked both understanding and context, and inadvertently promoted hate.”

Basically, Fox gave him a pass because a lot is riding on the continuation of “The Masked Singer.” On the basis of his apology, said Fox, “we will move forward with Nick.”

Given today’s cancel culture, this decision to excuse this TV personality for what he said and apparently believes about Jews and race defies belief.

Production commenced at the beginning of this month after a month or more of revelations that behind the scenes, the show is a morass of abusive behaviors including sexual harassment and mistreatment of rank-and-file employees.

Moreover, say the accusations, Ellen herself likely knew what was going on and took no steps to put a stop to it. She is even accused of participating in the mistreatment of underlings, but not the sexual harassment.

Perhaps the decision-makers at Warner Bros. Domestic Television Distribution, syndicator (and hence, the owner) of “Ellen,” is hoping the stories that made headlines for more than a month this summer will be forgotten by the time the fall season rolls around.

Weathering the storm and waiting for it to end seems to be the strategy here.

The same can be said for Nick Cannon, who was supposed to launch his own afternoon talk show this fall from producer Lionsgate and syndicator Debmar-Mercury.

In the wake of his comments about Jews and white people, the two companies decided to simply delay his show from this fall to the next one, in 2021. By then, they apparently hope, all will be forgotten.

Their joint statement, released July 17, was on par with Fox’s. It accepted Cannon’s apology and then extolled the greatness of this apparently misunderstood TV personality.

“After conversations with Nick, we do believe that his public comments don’t reflect his true feelings and his apology is heartfelt and sincere,” said this statement from Lionsgate and Debmar-Mercury.

“We are standing by Nick,” the statement said, as if poor Nick Cannon was the victim of an unfair, unreasonable attack of some sort.

It then expressed the companies’ “hope that by fall 2021, he will be able to use his extraordinary talent and platform to entertain, enlighten and unite his audience on the ‘Nick Cannon’ talk show.”

So, according to them, Nick Cannon did not at all mean or believe what he himself said about white people and Jews. And in addition to that, he is then going to “unite” audiences. You can’t make this stuff up.