Ryan Reynolds, Davos Rake In Up To $610M For Aviation American Gin 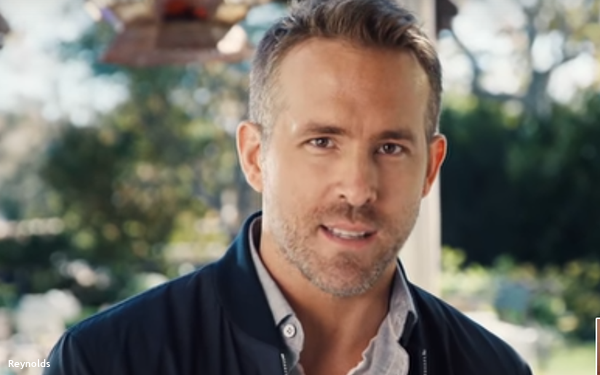 Diageo is buying Aviation American Gin from Davos Brands and actor Ryan Reynolds, who became part owner and creative director of the company in 2018, for as much as $610 million. The deal also includes Davos’ Astral Tequila, Sombra Mezcal and TYKU Sake products.

“The world’s largest liquor maker said it would make an initial payment of $335 million and a further potential consideration of as much as $275 million based on performance over 10 years. The deal is expected to close by the end of the year,” Jennifer Maloney writes  for The Wall Street Journal.

“Mr. Reynolds, a Hollywood star best known for his leading role in ‘Deadpool’ superhero films, has appeared in the brand’s advertising. The gin is produced at a craft distillery in Portland, Ore.,” Maloney adds.

“Aviation gin was developed in Portland by House Spirits founder Christian Krogstad  and bartender Ryan Magarian in 2006. Davos Brands purchased the company in 2016. … The gin has continued to be distilled in Portland amid the ownership changes,” Jamie Goldberg writes  for The Oregonian/OregonLive.

“A little over two years ago, I became an owner of Aviation Gin because I love the taste of Aviation more than any other spirit. What I didn’t expect was the sheer creative joy learning a new industry would bring. Growing the brand with my company, Maximum Effort Marketing, has been among the most fulfilling projects I’ve ever been involved with,” Reynolds states in the release announcing the news.

“Gin’s global renaissance has taken off in the states in recent years. Distillers sold close to 10 million 9-liter cases of gin in the U.S. in 2019, raking in $918 million in revenue last year, a 3% increase over 2018, according to the Distilled Spirits Council,” Jeanette Settembre observes  for FOXBusiness.

“Aviation, for its part, is the second largest U.S. driver within the super premium gin segment. And Reynolds’ star power has had a lot to do with its rapid growth. In 2019, Aviation grew volumes at over 100%, adding the highest number of cases and accounting for 40% of super premium gin segment growth according to figures released by Diageo,” Brad Japhe reports  for Forbes.

“The company already owns some of the top-selling names in the category -- including Tanqueray and Gordon’s. But these are fairly traditional London Dry bottlings. With this latest addition Diageo is obviously hoping to court a new audience. Namely: millennial consumers who are compelled by the more accessible tonalities of so-called ‘New World Gin.’ That basically means less juniper-forward, for the laypeople out there,” Japhe continues.

Reynolds “set up his email at the alcohol brand with a hilarious out of office message in which he apologizes to a long list of people -- including wife Blake Lively -- for jokingly telling them ‘to go f— themselves in the last 24 hours’ after learning how much money he would make in the sale,” Gabrielle Chung writes  for People.

“In related news, I just learned what an ‘earn out’ is… And I’d like to take this opportunity to apologize to everyone I told to go f— themselves in the last 24 hours. My lawyers just explained how long it takes to achieve an ‘earn out’… so … turns out I’m not as George Clooney as I thought,” the message continued, appearing to reference the $1 billion deal  Clooney and Rande Gerber's Casamigos Tequila made with Diageo  in 2017.

Diageo “also teamed up with P. Diddy in 2007 to sell Ciroc vodka, and is the maker of popular spirits like Johnnie Walker whiskey and Smirnoff vodka,” Desiree Murphy‍writes  for ET.

“Fiscal ’20 was a year of two halves: after good, consistent performance in the first half of fiscal ’20, the outbreak of COVID-19 presented significant challenges for our business, impacting the full year performance,” Diageo chief executive Ivan Menezes said in an earnings statement cited by Garcia.

As for its latest celebrity addition, “Reynolds isn't just interested in being the king of gin, he's working on building a small business empire outside of alcohol and acting. In 2019, the actor purchased an ownership stake in Mint Mobile, an affordable direct-to-consumer cell phone carrier, and in July 2020 he joined the board of Match Group, the company that owns Match.com and Tinder,” Emily Kirkpatrick writes  for Vanity Fair.