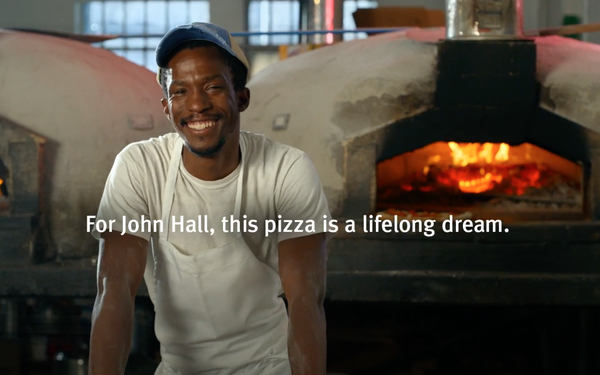 At a time when major brands are shunning social media platforms to protest hate speech, financial services provider Discover is embracing those media to kindle local support for Black-owned restaurants.

Discover’s “Eat It Forward” campaign will donate $5 million in the form of 200 $25,000 awards to assist Black-owned eateries -- and, by extension, their local communities.

In the campaign’s first month, it generated more than 12,000 nominations from users on Facebook, Instagram and Twitter, according to Kelly Megel, vice president of brand, media and creative group at Discover.

“The entire restaurant category has been impacted by COVID-19, but there’s been a disproportionate effect on Black owners,” Megel tells Marketing Daily.

One campaign spot from Grey New York features Cheryl Day, chef and owner of Back In The Day Bakery in Savannah, Georgia, crafting one of her confectionary treats. Another shows John Hall of Post Office Pies in Birmingham, Alabama, preparing a pizza.

Both establishments were among the first three to receive $25,000 to kick off the campaign.

While $25,000 won’t necessarily save someone’s business, “what it will do is help them continue to contribute to the local community and be able to take a breath during what is a very challenging time,” says Megel.

To help spread the “Eat It Forward” message, Discover is partnering with entertainer Ciara and influencers that include Black Food Folks, Feed The Malik, Chef Roble Ali and Black People Eats.

Among all financial services brands, Discover’s share of voice as measured by paid impressions on Facebook, Instagram and Twitter was about 55% in July, according to Megel. “The basis of this campaign was built off of the notion that we were going to allow consumers to partner with us to support their local communities. So social was the perfect place to do that because it is the foundation of where the conversations are happening.”

Asked about the controversy about inappropriate content on social media platforms, Megel says, “Obviously, we’re supportive of the stop-hate-for-profit movement and we discourage any type of hate language or hate speak.

“However, advertising on Facebook and Instagram allows us to reach a broader audience that doesn’t normally have access to this sort of campaign or program. And it encourages them to use the platforms for good.”

In addition to social media, campaign spots are running on BET, OWN, Bravo and Oxygen.