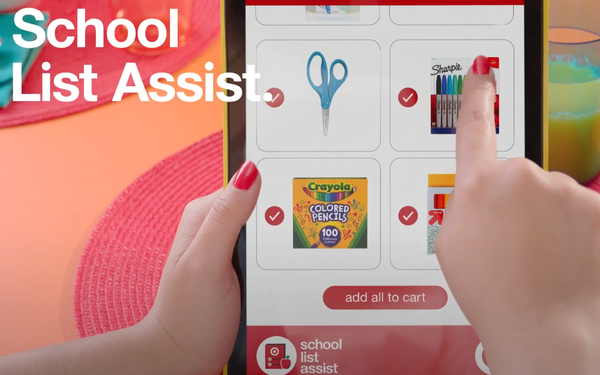 Reporting its strongest sales gains ever, Target says that despite digital growth of nearly 200%, the history-making numbers are proof of the power of its physical stores. And it's handily beating many competitors, adding $5 billion in market share in the first half of the year.

"But channel numbers don't tell the full story,” with 90% of those digital transactions fulfilled at a physical store, according to Brian Cornell, chairman and chief executive officer, in a conference call webcast for investors.

Same-day services, such as order pickup, drive up and Shipt orders, increased 273%.

Perhaps most encouraging is that the gains occurred not just in grocery. After all, many retailers benefited from the pandemic’s toilet paper and Clorox wipes bonanza. Target gained  in all five core merchandise areas.

Sales rose 25% to $23 billion. And operating income shot up 74% to $2.3 billion, even with substantial increases in pay and benefits to its COVID-19-weary workers.

Noting that there is still much uncertainty, Cornell says Target benefited from the reality that for consumers — who aren't spending money on vacations, dining out or entertaining — certain kinds of shopping have been an outlet.

"While many aspects of the consumer and economic backdrop remain unfavorable, these did not affect Target," writes Neil Saunders, managing director of GlobalData Retail, in his report on Target's record-setting results. He says it did so well "thanks to stimulus checks, enhanced benefits, and a transfer of expenditure from sectors like travel and food service."

He also points out that Target's investment in fulfillment is a key factor, allowing it to maximize its share of wallet. "Having things people want to buy is the mainstay of good retailing, but allowing them to get those products easily and quickly is critical."

At the other end of the spectrum? Kohl's, which overlaps Target in many key merchandise areas, also just reported its numbers. There, net sales fell 22.9%, to $3.4 billion. And net income dropped to $47 million, from $241 million in the prior-year period.

"Our organization continues to navigate through a period of extraordinary change and uncertainty presented by the COVID-19 crisis," says Michelle Gass, chief executive officer, in its report. "We made significant progress in rebuilding our business."

But that uncertainty is putting some experts off, particularly as it may impact holiday sales. "While we believe Kohl's is taking the appropriate steps to be well positioned in the tough backdrop," it's remaining neutral due to volatility, Kohl's unfavorable channel and category mix, and the promotional environment, writes Paul Trussell, an analyst who follows the company for Deutsche Bank.