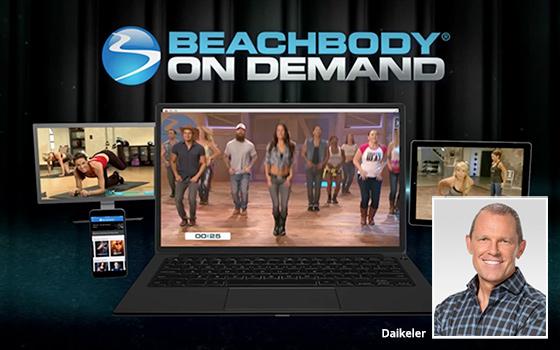 The Beachbody fitness brand has been on a mission to get our fat-to-muscle ratios to insane levels since the '90s when its “Great Abs Guaranteed” VHS tape hit the market. But the brand really took off in the 2000s when its P90X cross-fit routine brutalized people like U.S. House Speaker Paul Ryan into walking testaments to its effectiveness.

Since then, the business has exploded and widened into online coaching and supplements, evangelized by 400,000 successful customers who have become “coaches” online. The pandemic, lockdowns and health worry helped double the company’s membership and activity in short order. CEO Carl Daikeler tells Brand Insider this week how the company more than doubled down on the media opportunity and took on a market cluttered with high- and low-end D2C competitors. You can listen to the entire podcast here.

MediaPost: Pre-COVID, what did the marketing mix look like for Beachbody? You have a couple of constituencies, you're going direct to consumer with a lot of your material -- but, you also have a multilevel marketing model. That means you have another audience that you're appealing to

Daikeler: I don't look at this as a multilevel marketing model. It acts like a duck, it quacks like a duck but at the end of the day that is not the way we approached it. What we did over 10 years ago was recognize that people were getting incredible results with what we call the total solution: fitness, nutrition and peer support.

P90X is brutal, and people who manage to put those 90 days together, they lose 45 pounds. And then they go to the Fourth of July picnic with their family. They become the center of attention and all this demand gets created.

It doesn't seem right that, while we created that product in 2005, that in 2007, 2008 people are doing this and they're not getting any of the credit as social media was becoming a real thing. All these people now with their own TV stations, they deserve a piece of the action if they're going to be proof the product works. So, we adopted this model whereby a customer can turn into an affiliate or distributor.

It happens to be called multilevel marketing, which has terrible baggage attached to it. But from our perspective, we're rewarding people when they do this very hard thing of changing their behavior. I want people to look through that lens. We've worked very hard not to let it be a mercenary business.

To get to your question, direct marketing where we are using whatever media is available to us. That's TV, radio, social media, search optimization so on, and then that also goes to support customers turning into what we call coaches or distributors using their social media influence to bring more people in.

MP: But you're not specifically targeting potential coaches?

Daikeler: The way we operate is what we call channel synergy. We advertise to make the brands famous. Then our coaches use that brand awareness to get their circle of influence and put together a BOD group. That's an acronym for Beachbody On Demand, our digital platform. Rather than construct that group on Facebook, for instance, they do it in our ecosystem, where they use our solutions.

MP: How has your marketing mix evolved in the last couple of years?

Daikeler: We are assessing where customer acquisition is most efficient on, literally, a daily if not an hourly basis. We were one of the first to look to Facebook as an advertising platform for direct to consumer and a way to monetize the successful customer as an influencer. 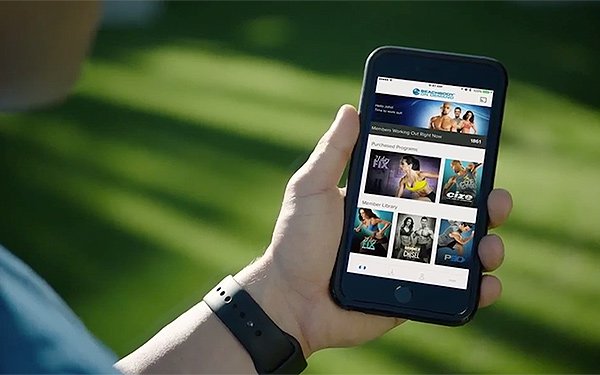 MP: You were one of the earliest digital-first fitness providers, but now there's an awful lot of clutter from expensive home gyms and free apps.

Daikeler: It can be a little overwhelming to see all this competition come in, but [we have] 21 years of experience and discipline to build a real business. The company was bootstrapped and we've been cash-flow positive since day one. We've always had to have this discipline of managing customer acquisition costs to lifetime value, making sure that every 20 cents of that dollar is going to cover overhead and provide some profitability or cash flow to reinvest into the business.

Customer acquisition and product development that happens to acquire those customers has to pass a test and the test is the mission statement, [which is to] help people achieve their goals to lead healthy, fulfilling lives. There were many times that we turned down things that I would consider doing "gimmicks."

You can make a fast buck on TV with it, but we turned that stuff down because, in fact, we were looking at the equipment space 20 or 15 years ago that was basically providing high-tech resistance training with this $1,500 piece of equipment.

I'm like, "Wait a minute, gravity's free." If we can just get people to get a set of dumbbells or resistance bands, we can put them into a program. Their mission is bit more mercenary so that's been the difficult balance, but it's also why we've got 2.3 million subscribers who know this stuff works. They see it in the mirror.

MP: You've got snake oil that you're competing against -- but then you have some VC-funded startups and some high-priced equipment vendors. They're eating up a lot of the media.

Daikeler: But they're also appealing to a very slim segment of a population. People can subscribe to Beachbody On Demand for a year and get access to all this content for 99 bucks.

We're operating in a space with such a massive catalog of options and we're really the only one that brings the requirement or the discipline of how you approach nutrition to the story, which means everybody gets results. We have the saying, "You can't outtrain a bad diet." That's how we differentiate ourselves. We provide a total solution, including relaxation and meditation, to the platform.

MP: So COVID hits in early March. What did you see on your end from the consumer side?

Daikeler: All of a sudden, there's this tailwind and our platform, which is hovering around 1.2 million subscribers since the third week of March, adds a million subscribers to it and our customer acquisition costs drop while demand spikes. All the economics improved overnight. But remember that has a consequence to it because you're not sitting around expecting to meet that demand and it doesn't just scale on digital because we've got to supply the supplement that people expect.

My supply chain is coughing while we're trying to keep the wheels on the wagon. So the good news is, we went from serving maybe a quarter of a million people per day with a workout to almost 550,000 people a day. We went from the daily spike of activity where we would see simultaneous users at around 10,000 and now will spike up 28,000.

We did a survey of what people like and 85% told us that they would continue working out from home, even if they did go back to the gym. I think that's here to stay. That's been the great upside for us, the whole business model being legitimized.

MP: How did your customer acquisition and media spend strategy change as a result of these shifts? I'm curious how all of this affected both your media spend and maybe your messaging as well.

Daikeler: We had to be careful about media messaging because you don't want to exploit a pandemic, per se. We want to offer a solution and an alternative for people. In a situation where everything feels like it's out of your control, what an amazing feeling to actually have control over your own fitness and your own nutrition choices. We did have creative that spoke to that feeling of empowerment.

Our advertising probably grew by a factor of five. We're operating from a perspective of free cash flow, meaning that we don't set a media budget and then go spend it. We alter the media, depending on the efficiency. So it's always cash-flow positive and funds the next week's media.

MP: Looking forward, what do you think changes permanently? Does this change your course in some way? Does the Beachbody of next year look a little different to you now than, say, it would have six months ago?

Daikeler: This has always been the goal: Make the experience of in-home fitness as gratifying as the gym. We just released this program called MBF, which stands for muscle burns fat, on Zoom with a primary trainer and 12 other rooms we would cut to. Now, the person at home feels like they're with other people doing the same program. People can put a group together. Everybody's marching to the finish line. We've got a much higher completion rate of these programs.

MP: That follows another track that I've been seeing among marketers in different fields and products. Some of them say they are using groups and Facebook to break down their community into smaller groups.

Daikeler: There are two problems with it. One is when you're in a social media platform, you're surrounded by politics and pandemic. We created this haven for people to shut it out. And within BOD groups, people have access to BOD content, tracking their food, and they're not going to get judged or trolled. People will safeguard privacy, safeguard the experience in this microcosm. For us, it's BOD groups.