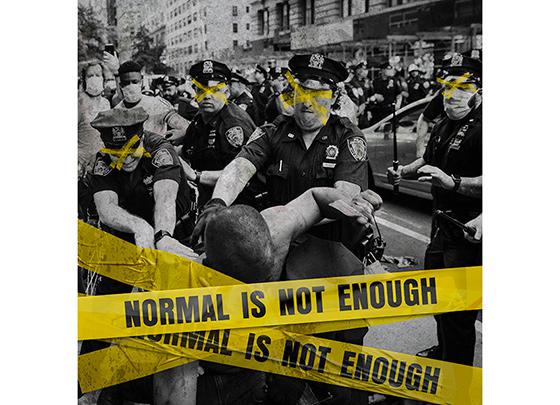 As the movement against racism and police violence continues to grow and evolve, three advertising veterans want to change the conversation around one of its most controversial demands: the calls to “Defund Police.”

The “Call It Crazy” platform seeks to “flip the script” on most advocacy campaigns by provocatively challenging accepted norms and wisdom. “We got the inspiration to embrace this word, ‘crazy’ and make it a badge of honor for the defunding police movement,” says art director Thuy Truong, one of the ad men behind the effort. “In an upside-down world, crazy ideas are the only way out.”

The campaign’s centerpiece is a website that includes a narrative video introduction, a “facts” page contrasting the “crazy” demand with “crazier” statistics about police violence, and social media assets and resources.

The rollout will include additional educational elements, videos and social media assets to go beyond the “crazy” slogans. The goal will be to shed light on the actual alternatives to policing and how they’ll work, says creative director and platform co-founder Yama Rahyar.

The advocacy group will partner with fellow activists and organizations to further distribute resources and encourage community involvement. And the effort seeks to create opportunities for members of the public as well as officials and community representatives to engage in open discussion.

This work was the culmination of many discussions between the creatives, who met at RPA Advertising in Los Angeles where copywriter Ben Creekmore (the third co-founder of the platform) and Truong worked as interns and where Rahyar is a digital creative director. “When the rallying cries were Black Lives Matter and We Can’t Breathe, there was a consensus from the streets to the suburbs. That started to come apart when it became Abolish or Defund Police,” said Rahyar.

“The media and the white public have been so quick to shrug off these terms like defund, abolish, or community-based safety,” says Creekmore. “We know we can’t change minds all at once, but we aim to encourage people to dig deeper, do the research, and open the dialogue. It starts with getting past this huge blocker, the instant reaction of ‘Wow that’s a crazy idea.’”