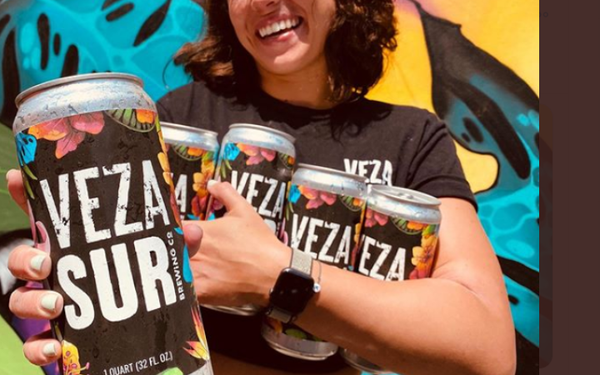 Beer drinkers’ opinion of a beer can turn in a moment if they find out the funky little local craft brew they take civic pride in drinking is actually owned by one of the giant international beer companies.

The latest proof of that is in Miami, where a class action suit asking for millions of dollars has been filed against Veza Sur Brewing and Anheuser-Busch, the well-known huge brewer of Budweiser beers that owns Veza Sur.

The suit says Veza Sur just pretends to be a local craft beer “Defendants intentionally and deliberately portray Veza Sur as a local, craft brewery that is born from, part of, and made in Miami. It masquerades as having Latin-American roots.”

The suit was filed by two consumers, Byron Jackson and Mario Mena Jr., in the U.S. District Court of the Southern District of Florida Miami Division. Both of them are residents of Miami-Dade County and say when they ordered up Veza Sur, they thought they were supporting a beer with Miami and Latino roots.

“In reality, it is simply another one of the dozens of brands made by the largest brewer in the world, Anheuser-Busch,” the complaint reads. “It has no authentic Latin roots, and is not even made in Miami.” (It’s  brewed two hours away, in Ft. Pierce.)

Anheuser-Busch issued a response: “We are aware of the lawsuit and believe it is without merit. Anheuser-Busch is extremely proud of our craft partners, the beer they brew, and the support they provide their local communities.”

Anheuser-Busch makes at least a dozen beers that may seem to be locally owned but aren’t anymore.Those include  A-B brands Goose Island, Platform. Breckenridge, Blue Point, Four Peak. They are part of a separate division called the Brewers Collective. So does MolsonCoors Beverage Co, with one called Tenth and Blake.

The craft beer company’s former owners say the little brews remain the same but with better marketing and distribution — which is what they get from being owned by Big Beer.

As the legal website Law.com points out, others have tried to sue beer companies for the same sort of thing. In California a court has rejected a similar lawsuit twice. That one alleged that MillerCoors tried to deceive customers by insinuating that Blue Moon, which it owns, is a craft beer.

But in Florida, where the laws are written differently, Anheuser-Busch could be forced to mark on labels that it actually owns its  “craft beers.”
“That could be a potentially seismic shift in how big beer companies have to market the craft brands that they currently attempt to market as independent,” plaintiff attorney Gus M. Centrone tells Law.com. “That’s especially true based on surveys that indicate that knowledge of ownership by beer consumers impacts their decision to purchase and what price they pay.”