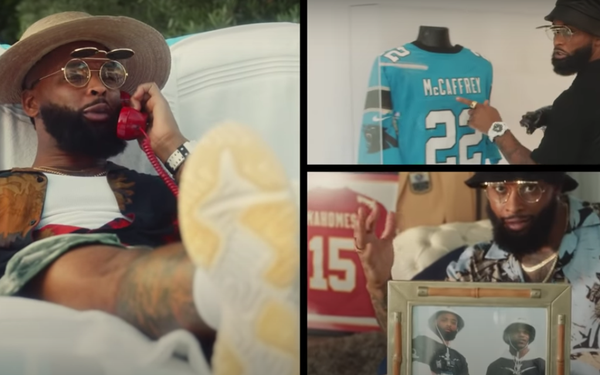 Tweets demanding #FixMaddenFranchise became the top trending hashtag on Twitter (even at a fractious time on many fronts nationwide).

The game’s executive producer, Seann Graddy, quickly videotaped a YouTube response to fans saying he understood their disappointment, and the game would be improved before it became available Aug. 25 to players who pre-ordered it.

But when EA issued an update after that, fans and critics still weren’t placated: “What we're getting in ‘Madden 21 ‘appears to be the worst version yet,” fumed Sporting News reporter Jordan Heck, who also included hostile tweets from consumers. “Speak with your wallets folks, save your money. The EA joke continues,” read one.

With the release now imminent, IGN, a major gaming site with early access to it, has turned thumbs down on Madden NFL 21, as have other new reviews.  It appears the most disappointed players are hard-core gamers who may have wanted a more immersive and innovative experience.

The final version doesn’t seem to be satisfying early reviewers, “The hype curve for a new Madden game is a vicious self-repeating cycle with no end in sight,” wrote IGN’s David Jagneaux late last week after playing the new version. “Every year the classic franchise mode receives little to no changes at all, every year EA recommits to focus on the mode next year as an olive branch to the hardcore community eager for depth and customization, and every year that core audience is let down again.”

The headline for a story on the game site Pushsqure reads, “Madden NFL 21’s Full Game Trial Is Live On EA Play.” The subhead reads: “Everyone already hates it.”

These sticks and stones are unlikely to break all of the game’s bones.  The NFL and its player association inked a new long-term deal with EA in May, just a few days before bloggers and fans began tackling EA over this year’s version.

The league said, “The agreement comes at a time when the world is playing and watching more Madden NFL than ever before as NFL fandom worldwide continues to grow. Madden NFL 20 was the most successful game in franchise history. . . “

The Madden NFL series has sold far more than 130 million games since it debuted in 2000, putting it into the highest rung of video games.

The league said that in April “player levels have nearly doubled from last year, and great community and celebrity-athlete competitions broadcast throughout the month led to the equivalent of 2,600 NFL seasons of 'Madden NFL 20' content watched by viewers around the world.”

The  ads for this year, created by the ad agency Johannes Leonardo, took a new approach, adding “The Spokesplaye,r” performed by actor/comedian and internet personality Keraun Harris, better known as King Keraun.  As the name implies, his character speaks for the rich and famous NFL stars featured within the game.