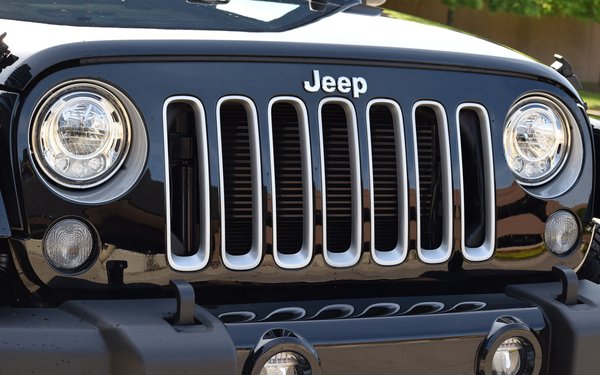 Jeep, Amazon, Walmart, American Express, MSNBC, Clorox and Netflix lead the list of the top 50 most patriotic brands, according to an annual survey.

Other auto brands don’t even come close. Only Ford Motor Co. (number 7) finished in the top 50, which is what the company normally lists. Howeve Passikoff shares that other top 100 auto finishers were Tesla (58), Lincoln (67), Buick (78), Ram (82) and Chevrolet (85). The 1974 commercial “baseball, hot dogs, apple pie and Chevrolet” must not resonate any longer.

This year’s list was dramatically changed by the pandemic, politics and protests, Passikoff says.  More than a quarter (26%) are new to the list including Clorox, Netflix, Zoom, Domino's, Purell and Campbell's.

A national sample of 5,370 consumers, 18 to 65 years of age, balanced for gender and political affiliation, were drawn from the nine U.S. Census regions.

Brands compete, and are now judged, within three frameworks related to patriotism: category, socio-political and therapeutic.

After Jeep, ofter top finishers (followed by their rank last year) were Amazon (+10) and Walmart (+6). Tied for fourth are American Express and MSNBC (both +2), tied for fiver Clorox  andNetflix (both new), tied for sixth are Disney (-4) and Levi Strauss (-1), tiedfor seventh are Ford -4) and The New York Times (+1). Fox News finished in eighth place (+2) followed by Hershey's (-2) and Purrell (new) tied for ninth place, and Coca-Cola (-6) and The Washington Post (+6) tied for 10th place.

Notable changes include Chick-fil-A  and McDonald's, both tied for 27th place and both down 12 spots. Google rose eight spots to 18th and Seventh Generation rose seven spots to 20th. Starbucks fell five spots to 30th.

Political polarization, growing consumer tribalism, and national social protests have challenged brands this year, Passikoff. says.  The basic tenets of consumer loyalty and brand engagement have been upended, as has the need for how brands define themselves in the context of patriotism, said.

In a Covid-enforced absence, teams and sporting goods brands have been replaced by brands consumers deem supportive during a national crisis. Those included insurance companies like Allstate, Farmers, and GEICO, brands seen to assist consumer connection like T-Mobile, Verizon, and Zoom, and brands related to cleaning and sanitizing like Clorox and Purell.

“Where a brand can establish an emotional connection with consumers with a value as powerful as patriotism, it guarantees consumers will engage more strongly and behave more positively toward the brand,” Passikoff says.