Inventing An Audience: Lionsgate Hunts For The New Moviegoer 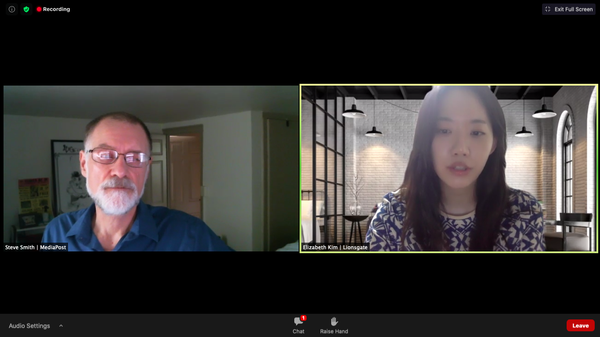 When COVID closed the movie theaters, Lionsgate quickly pivoted to PVOD (premium video on demand). Now, it had only to find an audience and make them aware of this new option.

The first movie it offered was a Christian faith-based film called "I Still Believe" at a $19.99 price point. Using social, programmatic and OTT, Lionsgate went looking for its audience, said ‎D2C & Data Manager Elizabeth Kim. Would they be theater-going people or the home entertainment crowd?

Normally, Lionsgate targets men ages 25 to 54, but with its first PVOD offering, it was surprised to find a large female audience, although Kim noted the film is more chick flick than adventuresome.

Lionsgate is still testing and learning in a "very evolving landscape," she said at Wednesday's Data & Programmatic Insider Summit. At first, people were all at home but when summer came, they wanted to be outside more. "We don't have the perfect PVOD audience yet."

With first-party data in hand, the brand did a lot of look-alikes off people landing on the website, first-party audiences and polled intenders. It also works with vendors and platforms using social and programmatic data.

Kim says the company is seeing consumption habits shifts as consumers — including her own parents — find new ways to consume content.

She offered attendees a view of a spot running on social, Facebook, Instagram and YouTube that is a trailer for the movie. That awareness campaign ran for a couple of days, she said, and led to more people converting, going to wherever the movie was streaming and where they could purchase it. "The performance was phenomenal, considering the environment," she said.

The media team, Kim said, optimized more frequently and "any algorithms within the platform that we could use, we did."

After theaters reopen, Lionsgate may continue offering PVOD. "I'm not entirely sure what our strategy will be  -- but we'll be reevaluating."