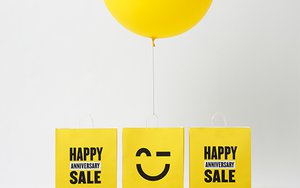 Nordstrom just released second-quarter results even more dismal than observers expected. For half the days in the quarter, many of its stores were closed by sheltering-in-place orders.

Apparel sales performed terribly for all retailers -- no one was getting dressed up for their Zoom calls.

But some observers think the high-end department store has a better chance of post-corona prosperity than its competitors.

Nordstrom's net sales for the period plunged 53%, to $1.78 billion, from $3.78 billion in the comparable period of 2019. (Full-price sales fell 56%, while off-price results dropped 43%.) Home, kidswear, accessories, beauty and active items fared best in the bleak quarter.

In the company’s announcement, Erik Nordstrom, CEO, said it is “pivoting to prioritize market share gains and profitable growth as we advance our strategies.” Among those strategies? The retailer reduced inventory by more than 25%, an attempt to avoid excessive markdowns.

So far, sales at Nordstrom’s massive Anniversary Sale -- a significant event in its calendar -- are in line with expectations. Back in April, it announced it was pushing the annual event -- the highlight of many fashionistas’ shopping calendars -- from July to August.

Nordstrom posted a net loss of $255 million, compared with net income of $141 million in the comparable period.

Some observers think those numbers aren’t quite as dismal as they seem. While sales were even worse than anticipated, Nordstrom “exhibited solid expense control, and we believe sales have bottomed,” writes David Swartz, an analyst who covers the Seattle-based retailer for Morningstar.

“While we acknowledge 2020 is an extremely difficult year, Nordstrom was consistently profitable before the pandemic, and we believe its liquidity will prevent financial distress,” Swartz adds.

He thinks the retailer’s long history of cultivating loyal customers gives it an edge, compared to other department stores. “While we forecast that the company will be unprofitable in 2020 because of the COVID-19 crisis, we believe its brand intangible asset will not be affected and that the company will return to profitability in 2021.”

Others are less cheerful about what lies ahead. “Although some pandemic deterioration was expected, that Nordstrom’s revenue was effectively halved during the second quarter is little short of a disaster,” writes Neil Saunders, managing director of GlobalData Retail, in his reaction to Nordstrom’s results.

Saunders adds that while Nordstrom took some prudent decisions like closing some poorer-performing stores and shifting its anniversary sale, there are underlying problems. “It is extremely disappointing that Nordstrom did not make up some of its physical losses online,” he writes. “Although digital penetration increased, online sales declined by 4.3%. Given the higher level of consumer demand for shopping online, this is a very unsatisfactory outcome.”