Biden Vs. Trump: Ad Media Spend Could Have A Similar Outcome As In 2016 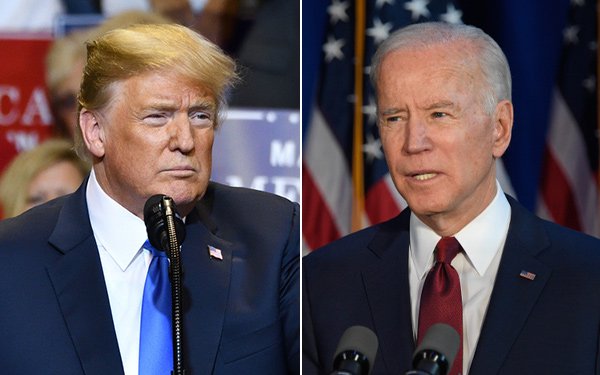 It's not clear whether Joe Biden’s $280 million fall ad spend in 15 states, including Ohio, will help the Democratic presidential hopeful get elected and become the forty-sixth president of the United States.

“Although FEC filings show Trump with a cash advantage, Biden has been generating more donations from individual donors,” Jordan Cohen, acting CMO for What If Media Group, wrote in an email to Search & Performance Marketing Daily.

“It also shows that Trump is outspending Biden,” Cohen wrote. “Without having access to the exact breakdown, we know from our experience as a marketing firm that works with several campaigns and causes on both sides of the aisle (we are a neutral platform), that this cycle is following similar patterns when it comes to ad spending.”

Performance and digital marketing channels are primarily being used to drive list-building campaigns, such as email opt-in, and donation campaigns, but not as much on persuasion campaigns, Cohen explains.

Persuasion-campaign dollars are still mostly flowing into television, even linear TV. The Trump campaign is already planning more than $18 million in television ads in Ohio for the eight weeks leading up to the election.

Cohen reminds us that more consumers spend time on their mobile devices than ever before. Campaigns also should leverage digital channels to persuade as much, if not more, than for driving donations, especially during the COVID-19 pandemic when two-thirds of Americans are telling us they are earning less money than last year.

Performance marketing company What If Media Group, which reaches an audience of millions daily across its media properties, shows a decisive earned and paid media advantage for President Trump compared with Biden. The study’s creator reminds readers there are less than three months left until the election.

Key findings from the study include:

The data doesn’t necessarily mean that negative, bad and ugly publicity about an individual is better than no news just because it brings the person into the spotlight.

“Similar research that our team members conducted during the last election cycle showed that Trump had a large perceived earned and paid media advantage over Clinton, even at a time during the 2016 election when Trump hadn't yet spent a dime on television ads,” said Cohen. “Being able to dominate media channels certainly was a key advantage that Trump had last time and helped ensure a close race that bore itself in a victory on Election Day.”

What stands out most about the data is Trump's commanding lead across every media channel, Cohen wrote. From TV to lawn signs, he leads by double digits, and across both paid and earned media.

“Despite the mainstream media's reporting of Biden having a large lead over Trump, our ‘Marketing of the Election’ data, combined with other research, points to a far more competitive race,” Cohen wrote. “And, if past is prelude, having a marketing advantage -- even if only perceived -- is an advantage when it comes to winning elections.”

The next few weeks leading up to the election will require savvy -- both on the PR front in terms of being inserted into earned media channels more frequently as well as a large investment into paid channels to compensate for the current gap.