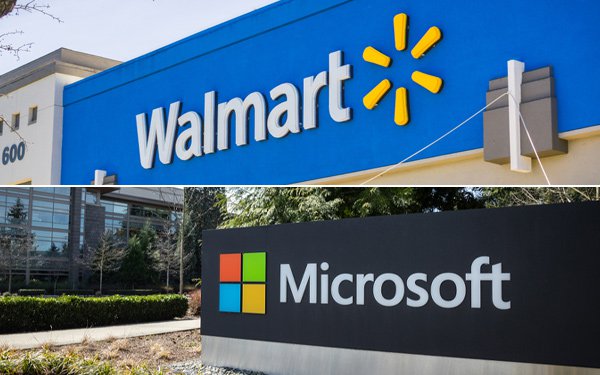 In a surprise move to block bidders like Oracle, Walmart said it's teaming up Microsoft to bid on TikTok's U.S., Canadian, Australian and New Zealand operations in a deal that is likely to be in the $20 billion to $30 billion range, sources say.

Walmart confirmed to CNBC that it is interested in buying the tech company. With the confirmation, it joins several other bidders like Oracle.

In a statement, the big-box retailer told CNBC that TikTok’s integration of e-commerce and advertising “is a clear benefit to creators and users in those markets.” It did not say how it would use TikTok or whether it would be part of its Walmart+ program.

"Walmart is clearly thinking about the ways to not only capture the wants, needs, and desires of their current and future customers but they embrace new ways to reach out to them. For them to even consider a large transaction like Tik Tok is because they have the mechanisms in place to rapidly test and iterate their campaigns and other digital ventures."

Some point the combined bid by Walmart and Microsoft to better competing with Amazon.

"Amazon may have led the revolution in getting general consumers comfortable with ordering online for household items even food, but Walmart's investment to build their test and learn methodologies and their digital properties will position them to rule," said Gregory Ng, CEO of North Carolina-based web optimization consultancy firm Brooks Bell. "Walmart has the distribution footprint that can be even more relevant to the needs of their customers."

“Microsoft already has a solid play with LinkedIn, Github, and Xbox, which TikTok could play a valuable piece in all of them,” Ng said.
Earlier reports suggest Oracle submitting a $20B cash and stock bid, and that some deal for TikTok was imminent within 48 hours, ranging from between $20 billion and $30 billion.

Trip Chowdhry, managing director of Global Equities Research, who worked for Oracle in the mid-1990s, said Oracle would make a better bidder than Microsoft because of its cloud and security infrastructure.

After President Trump said TikTok was a security threat to U.S. privacy, Chowdhry said Microsoft does not have the security in its cloud Infrastructure at the semiconductor-chip level like the Oracle Gen 2 Cloud Spartan chip.