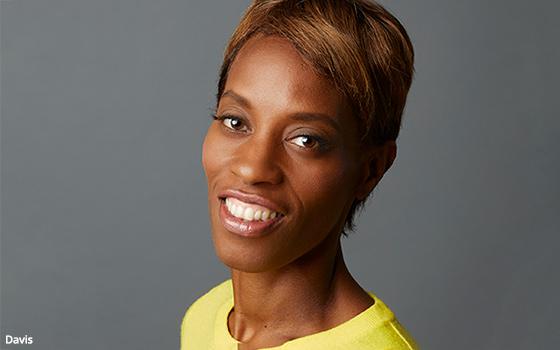 Condé Nast has tapped Dawn Davis to become the next editor-in-chief of Bon Appétit, after controversy plagued the food magazine brand.

Davis was most recently vice president and publisher of 37 Ink, an imprint of Simon & Schuster she founded, focuses on diverse authors. She has worked in book publishing for over 25 years.

Starting November 2, Davis will be the 13th editor in chief to lead Bon Appétit. In her new role, Davis will be responsible for the editorial vision of Bon Appétit and Condé Nast’ food brands Epicurious, Healthyish and Basically across digital, video, OTT, social and print platforms.

“A proven trailblazer in publishing and known for her innovative approach, Dawn’s ability to find emerging voices and give them the platforms to transform our society is unparalleled,” stated Roger Lynch, CEO of Condé Nast.

Anna Wintour, editor-in-chief of Vogue, artistic director of Condé Nast U.S. and global content advisor for the company, added: “She is a trusted voice and supporter of a diverse and inclusive community of writers. She has shone a light on people and stories that need to be told.”

“Like the Bon Appétit brand, I see food at the epicenter of all we do,” Davis stated. “Food is connected to community and culture, economics and family.”

She added: “I look forward to working with both the talented team at Bon Appétit and with writers and tastemakers to create an array of intriguing and inclusive recipes and stories about the intersections between food and family, culture and commerce for our audiences.”

Earlier this month, Sonia Chopra stepped into the role of Bon Appétit’s executive editor, and chef and author Marcus Samuelsson was named a content advisor for the brand.